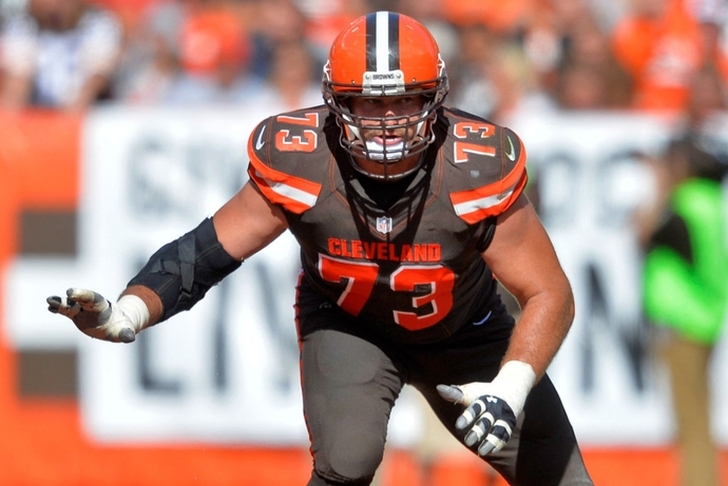 The NFL trade deadline is now just one day away (Nov. 1 at 4:00 pm ET), and as a result, the trade rumors are swirling around the league. We've already seen one major move as the New England Patriots sent Pro Bowl linebacker Jamie Collins to the Cleveland Browns, and there are rumors that a new more big names could be dealt in the next 24 hours. Here are all the latest NFL trade news and rumors:

There are numerous contenders who could use an upgrade at tackle—Seattle, Arizona, Denver, the New York Giants among them—and many of those teams have had internal conversations evaluating Thomas and Staley and determining what they would be willing to give up via trade. At this point teams believe the Browns (Thomas) and 49ers (Staley) are seeking greater compensation than the market will bear, though those price tags could drop by Tuesday.

Staley has spend his entire career with the 49ers and is a five-time Pro Bowler. He is under contract through 2019, and his base salary spikes from $5.4 million this year to $8.25 million in 2017.

Browns not trading Josh Gordon
Another Browns player that has been rumored to be on the block is wide receiver Josh Gordon, who left the team last month to enter rehab. However, Mike Florio of Pro Football Talk says not to expect a surprise trade:

The Browns have had chances in the past to trade receiver Josh Gordon, but they've never done it. In theory, they could do it in the next 48 hours. But they most likely won't.

Per a source with knowledge of the situation, a trade of Gordon before Tuesday's trade deadline is believed to be "highly unlikely."

Gordon, who entered rehab only days before being reinstated earlier this month, is reportedly out of rehab. And while he's still suspended by the league, his rights could be shipped to a new team.

Cleveland plans to part ways with Gordon after the season, which has also likely killed any chance of a trade. Teams interested in Gordon are likely to wait until the offseason to pursue him as a free agent instead of giving up something for him in a trade.

Jets making Sheldon Richardson available?
The New York Jets have struggled to a 3-5 start this season, and that could mean that some of their veteran players may be available. According to NFL Network's Ian Rapoport, one of those players is Sheldon Richardson, the Jets have taken several calls about:

The trade deadline is usually quiet, but teams are calling about a big-name #Jets DL: Sheldon Richardson. There were talks. Will it pick up?