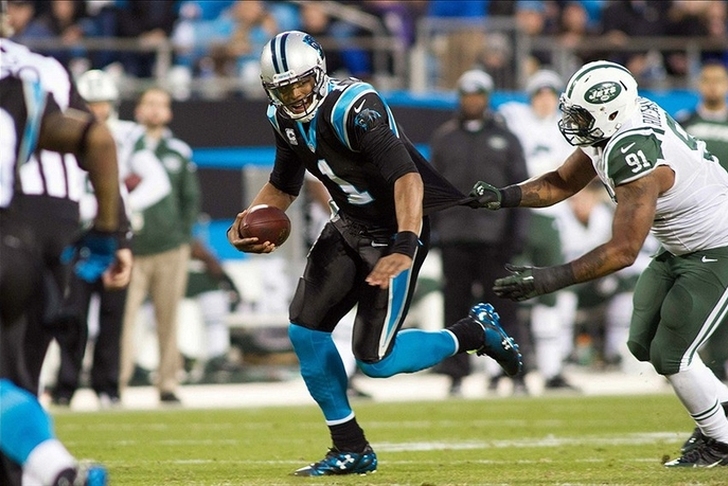 Week 9 represents the mid-point of the 2016 NFL season, and most of the playoff contenders have started to separate themselves from the rest of the pack. However, every year we see some teams make huge second-half surges that push them into the playoffs. Who could that team (or teams) be this year? Here are the top five candidates:

New York Jets (3-5)
New York had a tough 1-5 start to the season, and while Ryan Fitzpatrick's struggles have been well documented, a lot of that had to do with a brutal six game stretch. Now, their schedule lightens up considerably. The Jets still have both games against the Patriots on the schedule, but have five more games at home will likely be favored in their six other games against teams other than New England (vs. Rams, vs. Colts, at 49ers, vs. Bills, Dolphins x2). A 9-7 record certainly isn't out of the question, putting them right in the thick of the wild card race.

Indianapolis Colts (3-5)
Yes, the Colts are bad, especially defensively. But they still play in the AFC South, which is currently being led by a team run by Brock Osweiler. No one in that division inspires confidence, and Andrew Luck has proven he is more than capable of leading a lackluster team to some surprising wins. 8-8 (or even 7-9) might win the division, and Luck might be enough to get them there.

Arizona Cardinals (3-4-1)
The Cardinals still have as much talent as any team in the league, but inconsistent play has kept them from reaching their full potential. Still, they're only a game and a half out of first place in the division and half game out of a wild card spot. With half of their remaining games coming against teams with losing records, getting to eight or nine wins is a definite possibility.

Tampa Bay Buccaneers (3-4)
Tampa Bay has an excellent opportunity in front of them tonight. They are two games behind the NFC South-leading Atlanta Falcons, and the Bucs host them tonight. Atlanta has lost two of their last three games, and if Tampa wins, they're suddenly only a game out of first place with two wins over the Falcons, giving them the tiebreaker. With five games left against teams with a losing record, going 9-7 and competing for a wild card spot seems likely. Win tonight, and a 10-6 season with a division title is in play.

Carolina Panthers (2-5)
Another NFC South team hooping the Falcons falter down the stretch for the second year in a row is the Panthers. Like the Jets, a 1-5 start has virtually eliminated them from contention, but everything is still on the table for this team. We know this group is capable of reeling off a string of wins (shown by their 15-1 record last season), and we know Cam Newton is one of the few difference-making quarterbacks in the league.

This next five game stretch - at Rams, vs. Chiefs, vs. Saints, at Raiders, at Seahawks - could either end their season or thrust them right back into contention. Considering how good this team was last year, it's still too early to count them out.