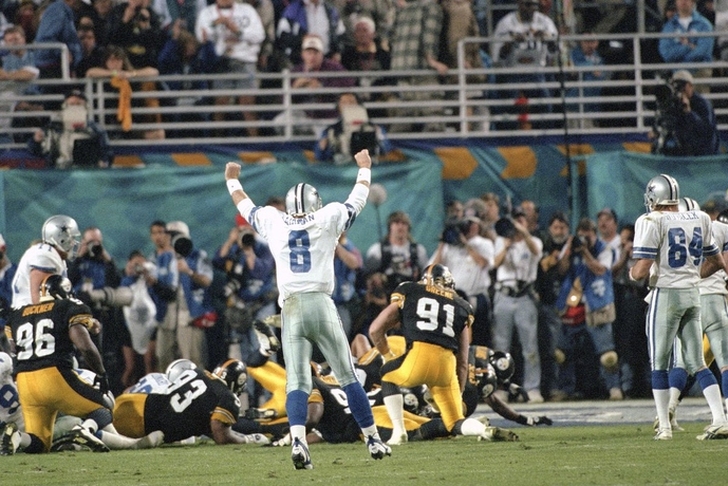 Since its formation back in 1920, the NFL has become the most-watched league in the USA. Some of the best and most valuable teams in the country (and globally) are competing annually and fighting to reach the famous Super Bowl.

Because we are discussing the popularity of the NFL, we wanted to give you a list of the 5 teams with the biggest fan base in the USA. These are some successful franchises that have been dominating the league since its inception.

The teams are widely famous not just in the USA, but globally. They have been picked as the teams with the biggest worldwide reach. Their Facebook pages are liked by millions, their stadiums are always packed, and millions of people watch their games via live sports streams. Not to mention that they are worth billions of dollars and they are constantly on the list of the richest sports teams by Forbes.

Let’s take a look at some of the most supported teams in the NFL. We’ll provide a short bio on them, as well as their biggest achievements. This is our top 5 list of teams with the biggest fan base.

Established in 1960, the Dallas Cowboys started their journey as part of the Western Conference. In 1970, they transferred to NFC East and have been competing in that Conference to this day. They are widely popular among US sports fans and have a big trophy cabinet. The Cowboys have 24 Division Championships, 10 Conference Championships, and 5 Super Bowl Championships. Their most recent Super Bowl trophy was back in 1995.

The Pittsburgh Steelers are representing Pittsburgh, Pennsylvania. The club was founded 86 years ago, in 1933. They are currently playing in AFC North, after transferring from AFC Central in 2002. Throughout their history, they had 31 playoff appearances. They’ve been Division Champions 23 times. The Steelers also have 8 Conference Championships and are sharing the first spot as one of the teams with the most Super Bowls (6). This season is looking good for them and they are between the favorites to reach the finals. If you are a fan of the Steelers, you can find all updates on the team here.

Based in Denver, Colorado, the Denver Broncos were established in 1959 and started competing in the American Football League. In 1970, the transferred to the NFL and have been a part of AFC West since the beginning. Their current home field is Empower Field at Mile High. The team has been a Division champion 15 times and they also have 8 Conference Championships and 3 Super Bowls (1997, 1998, and 2015).

As a team that represents a small town, Green Bay Packers are a phenomenon in this section. There are millions and millions of Packers fans in the US and globally. The team was established in 1919 and it is the oldest team in the league. Throughout the years, they have had many trophies and are one of the most decorated teams in the NFL. The Packers have 13 League Championships before the AFL-NFL merger, and since then, they have won the Super Bowl twice, with their most recent one in 2010. Apart from that, they’ve been Conference Champions 9 times and hold 18 Division Championships.

The Patriots have earned the No.1 spot on our list of teams with the biggest fan base. They have been dominating the NFL in recent history. Their trophy cabinet holds 20 Division Championships, 11 Conference Championships, and 6 Super Bowl trophies. They are the winners of the last Super Bowl after they defeated Los Angeles Rams.