5 NFL Stars That Have Been Complete Disappointments This Season 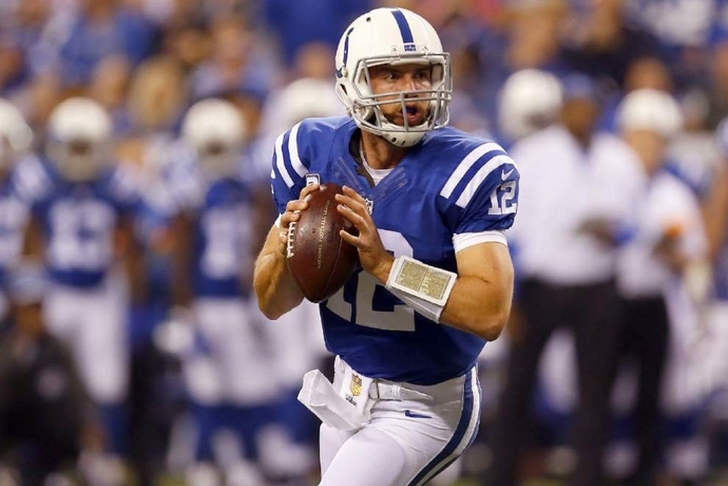 Star players in the NFL often have sky-high expectations. So, if Aaron Rodgers throws for only 250 yards, it looks like a "down" game. But this list isn't for players who slightly underachieve. This is for those who failed miserably and completely ate the bones. Players who have missed significant time with an injury are exempt. That's why players like Alshon Jeffery, Eddie Lacy, and Ben Roethlisberger weren't considered. Here are five star players who have been complete disappointments this season.

Matt Stafford destroyed the Chicago Bears, but even with that game, he's been a disaster. He's thrown 11 INTs, the third most in the NFL, against 13 TDs. Seven of those TDs came against the last three games. The Lions can't run the ball, which is putting an unfair burden on Stafford, but it doesn't excuse his poor play so far. Stafford simply needs to find a way to win games.

Morris has lost a significant amount of his carries to rookie Matt Jones. Morris hasn't eclipsed 62 yards since Week 1 and has yet to score this season. He is averaging just 3.2 yards per carry. After three straight seasons of at least 1,000 yards, Morris is on pace for to record less than 700.

Another RB who has failed to live up to expectations, Anderson was supposed to be the feature back in the Broncos' run-first offense. Instead, he's averaged just 2.7 yards per carry and is on pace to record less than 500 yards. Plus, it looks like he's on the verge of losing his starting job to Ronnie Hillman.

I had very high expectations for Luck this season, and he hasn't come close to them. He's turned the ball over far too often (9 picks and 2 fumbles) and is completing only 56 percent of his passes. That's 29th in the NFL among qualified passers. Luck's offensive line is awful, but he doesn't deserve a free pass. Manning is a clear choice for this list. He's been picked off a NFL-high 10 times and has just 7 TDs. He's on pace for his worst season since his rookie year. He simply doesn't look like the QB he once was. He's not making accurate throws, and his arm strength hasn't even been the real issue. The Broncos have won in spite of Manning this season. It's fair to wonder if Manning won't improve his play and will only continue to decline.