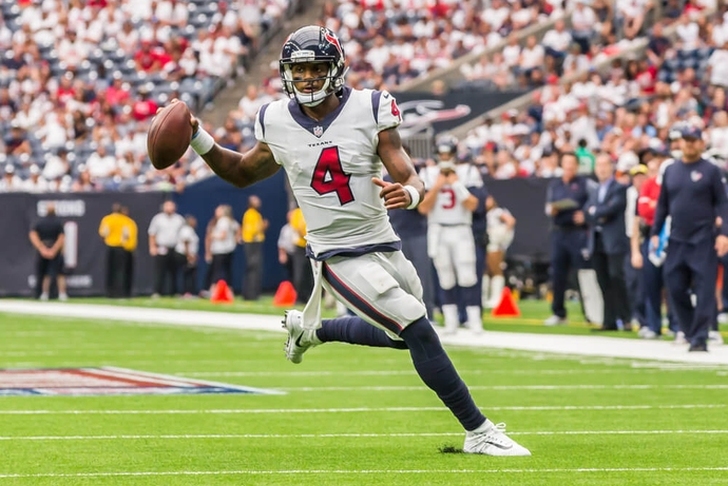 Week 1 of the NFL season is in the books following a Monday night doubleheader that saw the Minnesota Vikings knock off the New Orleans Saints and Denver Broncos hold onto beat the Los Angeles Chargers. There are plenty of questions as we head into Week 2, particularly with the availability of a few key players due to injury and who will be the starting quarterback for the Houston Texans. Here are all the latest NFL news & rumors you need to know:

Deshaun Watson expected to start for Texans
Watson came on in relief for Tom Savage in the second half of Houston's 29-7 loss to the Jacksonville Jaguars, passing for 102 yards and one touchdown and an interception while rushing for 16 more yards.

Savage's ineffectiveness - Houston had just 55 yards in total offense with him under center - put the Texans' quarterback job in question, and it appears that Watson is in line to make his first career start on Thursday against the Cincinnati Bengals.

During early portion open to media, Texans rookie Deshaun Watson took all of the snaps

Bengals head coach Marvin Lewis said that Cincinnati is preparing for Watson to start, according to Wilson.

"We're kind of planning on it being Deshaun because they made the change at halftime," Lewis said in a conference call. "I would imagine it would be him coming forward this week."

Kickoff between the Texans and Bengals is set for 8:25 pm ET on Thursday on NFL Network.

Thomas Rawls to return for Seahawks
Seattle Seahawks running back Thomas Rawls missed the team's season opening loss to the Green Bay Packers due to an ankle injury, but head coach Pete Carroll said Rawls will be back and ready to play this weekend against the San Francisco 49ers.

“Yes, we do expect Thomas back,” Carroll said Tuesday. "He should be raring to go.”

#Ravens RB Danny Woodhead (hamstring) is expected to be out roughly 4-6 weeks, sources say. The bright side is he'll be back this season.

Woodhead has dealt with a number of serious injuries over the past few years. He missed 14 games for the Chargers with a torn ACL last season due to a torn ACL and suffered a fractured fibula in 2014 that caused him to miss 13 games.