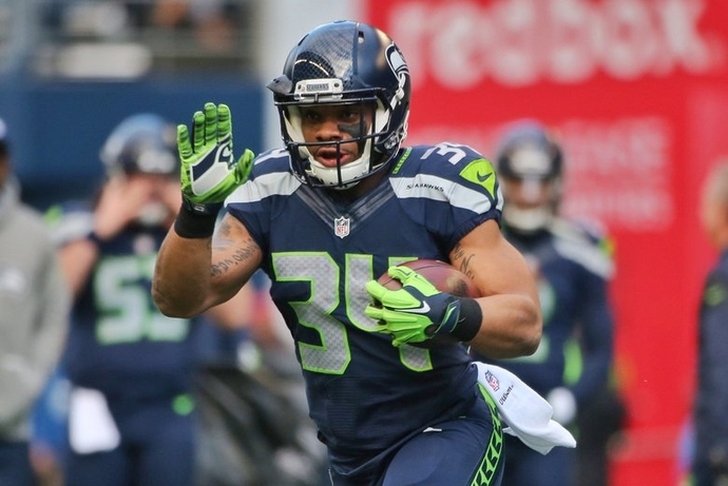 The NFL rumors have been blazing this week with free agency starting March 14. Most of the big name free agents have singed, but there are still a few available. Questions surrounding where running back Thomas Rawls, cornerback Byron Maxwell, and cornerback Dominique Rodgers-Cromartie will play in 2018 continue to grow. Here are the latest NFL free agency rumors that you need to know:

Since coming onto the NFL scene as a rookie, Rawls has struggled with injuries and production. Rapoport writes he is trying to recapture what he had as a rookie. This is going to be difficult since the Chiefs have running back Kareem Hunt who led the NFL in rushing as a rookie with 1,327.

It's still unclear if the 24-year-old running back will head to Kansas City, but even if he does he will have to compete with running back Spencer Ware and Hunt for touches. Battles I'm not sure he has a chance to win.

Byron Maxwell re-signing in Seattle?
The Seahawks need a cornerback after releasing Richard Sherman and Jeremy Lane. With that being said,
Ian Rapoport reports the Seahawks are "in talks" to re-sign free agent cornerback Byron Maxwell.

Maxwell hasn't drawn interest in free agency thus far. He is now 30 years-old after spending the second half of the 2017 season with Seattle after he was released by the Miami Dolphins in October.

Maxwell was decent in Seattle racking up 46 tackles and one interception in nine games. Maxwell is returning to Seattle is still unknown, but it wouldn't be too surprising if the Seahawks re-sign him.

There have been some big named corners who have been signed like Malcolm Butler and Trumaine Johnson, which may make the asking price for DRC rise.

The 32-year-old is coming off a season where he totaled 48 tackles and 0.5 sacks.