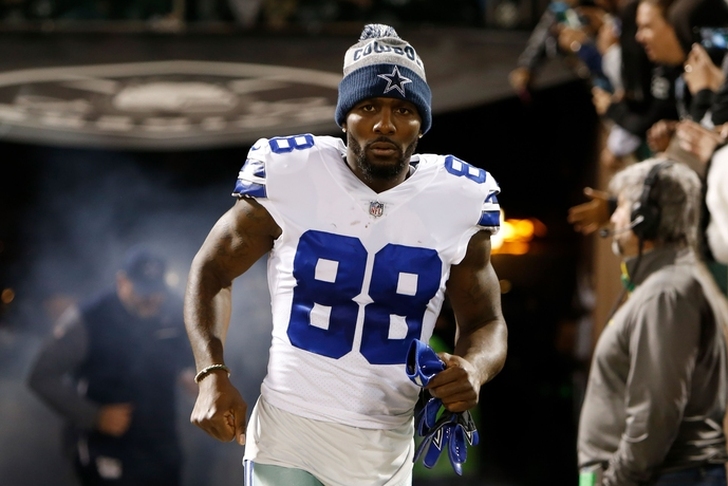 The NFL rumors are churning this offseason with a ton of news surrounding some of the biggest names and teams in the NFL. Questions are still surrounding where former Cowboys wide receiver Dez Bryant will play in 2018, perhaps a former teammate knows where he will end up? Also, a veteran running back is visiting the AFC South this week looking for a potential new home. Get all the latest NFL rumors below:

“I think he’s going to end up going to the Green Bay Packers,” said Witten.

Witten also added another team to the list of possible teams for Dez Bryant.

"That's a vertical passing attack," Witten said. "You need somebody that can stretch the field and [be] an X factor, and that's Dez Bryant. I'm not certain that he goes to the Packers, I just think that's a great fit. But he's going to partner with a great quarterback and have somebody that he feels like he can contend for a championship. The New Orleans Saints and the Packers are kind of the lead dogs right now, in my opinion."

Bryant is 29 years old and coming off a season where he had 69 receptions for 838 yards and six touchdowns. Bryant has been a dominant receiver in his eight-year career, but has perhaps lost a step. Bryant for his career has played in 113 games hauling in 531 receptions for 7,459 yards and 73 touchdowns. So with Bryant leaving the Cowboys where will he be throwing up the X in 2018?

T.Y. Hilton 2018 Breakout Coming?
Last season was a rough one for the Colts and wide receiver T.Y. Hilton as he failed to reach 1,000 receiving yards for the first time since 2012. According to Colts Beat Writer Zak Keefer,  T.Y. is "all in" on the Colts' coaching staff.

If Andrew Luck can be healthy for 2018, Hilton should benefit from having a coach - Frank Reich - coming off a Super Bowl championship with the Eagles.

Terrance West Visiting Jaguars
West is starting to make his rounds around the after visiting the Indianapolis Colts on Tuesday and the Jacksonville Jaguars today according to Ian Rapoport.

The Colts are a team that could be interested in West's services after running back Marlon Mack underwent surgery this offseason and the Colts lost veteran Frank Gore in free agency. The Jaguars, on the other hand, selected running back Leonard Fournette fourth overall in the 2017 NFL Draft so adding West would only be for depth.