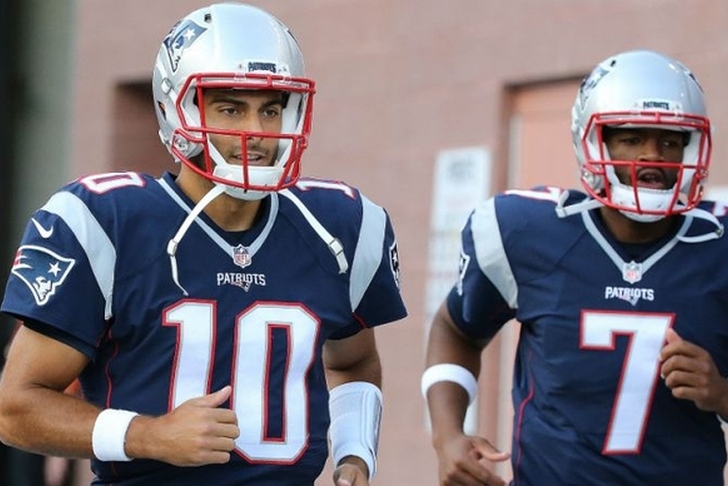 The fourth week of the NFL season kicks off tomorrow night with the Cincinnati Bengals hosting the Miami Dolphins and there's plenty of buzz circling around the league ahead of this weekend's games. The injury bug has already hit several teams hard, and teams are scrambling to find ways to replace those injured players. Check out the latest NFL news and rumors below.

Watt to miss rest of season?
The Houston Texans placed defensive end J.J. Watt on injured reserve after he re-injured his back against the Patriots last week, meaning he will be out for at least eight weeks. However, he could be out for the remainder of the season, reports Ian Rapoport of NFL Network:

Sources: #Texans star DL JJ Watt has re-injured his back and is expected to be out for an extended period of time. Could be the season.

Watt took to Twitter to weigh in on the injury, vowing that he will be back:

Adversity sucks.
Your attitude towards it doesn't have to.
I will be back. pic.twitter.com/56lhtHYs7r

Watt missed all of training camp and preseason after undergoing offseason surgery to remove a herniated disk in his back, and may not have completely healed from the injury. He has eight tackles with 1.5 sacks this season.

Garoppolo, Brissett both expected to play
New England looked like they were facing a major quarterback problem going into Sunday's game against the Bills. With Jimmy Garoppolo missing a game with a shoulder injury and Jacoby Brissett hurting his thumb, the Patriots looked like they were either going to start wide receiver Julian Edelman if they didn't sign another quarterback.

Luckily, it seems like it won't come to that as the team expects both Garoppolo and Brissett to play this weekend, according to ESPN's Adam Schefter:

Pats all but certain to have Brisset/Garoppolo vs Bills. No QB workouts this week, both practicing. An upset if 1 or both not avail Sunday.

Tom Brady is serving the last game of his suspension for his role in the Deflategate scandal, and will return to being the team's starter next weekend against the Browns.

Garoppolo passed for 496 yards with four touchdowns and no interceptions in the first two games of the season. Brissett passed for 103 yards and ran for 48 yards with a touchdown against the Texans.

Rams won't speed up Goff's timeline
Even though rookie quarterbacks Carson Wentz and Dak Prescott have had success so far this season, the Los Angeles Rams don't see that as a reason to get No. 1 pick Jared Goff on the field soon, according to ESPN's Alden Gonzalez:

Jeff Fisher was asked if the success of rookie quarterbacks has impacted the way the Rams are developing Jared Goff. "No," he said. "I spoke on that. I'm happy for young quarterbacks when they have success, but we have our own sense of timing here with him. The quarterbacks are having success because of injuries. As I mentioned last week, had we not had the injuries that we did in the league, probably all four of those quarterbacks either would be inactive or backups."

Goff has not taken a snap in the regular season, serving as the team's backup for the last two games after being inactive for their season opener. He completed just 44.9 percent of his passes for 232 yards and two touchdowns, two interceptions and three fumbles in the preseason.