NFL Rumors Roundup: Watkins May Be Out For Season, Browns To Part Ways With Gordon & More 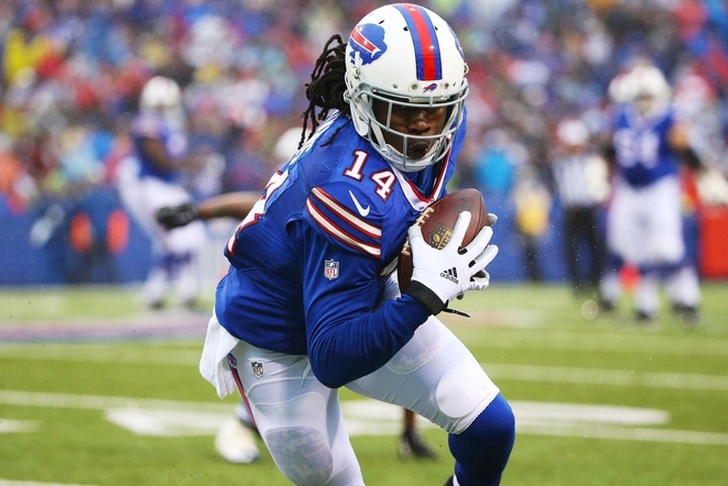 The Cincinnati Bengals moved to 2-2 on the season with a 22-7 win over the Miami Dolphins last night, and there's plenty of buzz circling around the league ahead of the rest of this weekend's games. The injury bug has already hit several teams hard, and teams are scrambling to find ways to replace those injured players. Check out the latest NFL news and rumors below.

Watkins out for season?
Buffalo Bills wide receiver Sammy Watkins have been ruled out for Sunday's game against the Patriots with a foot injury, and it may keep him out much longer. Head coach Rex Ryan said he has "major concerns" about Watkins' availability moving forward this season, via Josh Alper of Pro Football Talk:

Watkins didn’t play in last Sunday’s 33-18 win over the Cardinals and he has been ruled out again this week after failing to get on the practice field at all. Beyond that, Bills coach Rex Ryan said in his Friday press conference that there is “major concern” about Watkins’ availability as the season moves forward.

There were reports to that effect coming out of the first game of the season, although Watkins shrugged them off by saying that his foot was merely “tired.” He went on to play against the Jets in Week Two, but didn’t look like the same kind of downfield threat that he was in his first two seasons.

The injury was suffered in the season opener and originally expected to keep Watkins out for several weeks, but he didn't miss any time - and may have made the injury worse. Watkins has just six catches for 63 yards this season.

Browns closing "that chapter" on Josh Gordon
Cleveland Browns wide receiver Josh Gordon announced yesterday that he was stepping away from football to enter a rehab facility. It was a big blow for the Browns, who were expecting to get him back from a four-game suspension next week. The team said they supported his decision to get his personal life in order, but head coach Hue Jackson said the team needs to "close that chapter" on a possible Gordon return:

"I think what's best for our football team is that we move forward and move on,'' Jackson said, via the Cleveland Plain-Deal. "He's not going to be with us and we wish him well, but we're moving forward. We're going to move on.

"I just think for me and for our team, for everybody involved, my goal is to make sure that we take care of the players that are here and the players that are practicing and working.  I care about everybody. I think that's the seat I'm in, but at the same time, he's not here, so that's why we wished him well and want the best for him and I think the most important thing I can do is make sure that our football team that are here, the guys that are practicing the guys that are going to play, the guys that are in the meeting room and working hard to get ready for a game is that our focus and our attention to detail is right.

Gordon was suspended for the entire 2015 season for violating the NFL's substance abuse policy. He played in just five games in 2014 due to another suspension, and caught 24 passes for 303 yards. In just 14 games in 2013 (also due to suspension), he led the NFL with 1,646 receiving yards.

According to sources #Texans coach Bill O'Brien is now calling the plays, taking those duties away from offensive coordinator George Godsey

O'Brien previously called plays for the Texans during the 2014 season, his first with the team. Godsey took over playcalling duties last season.