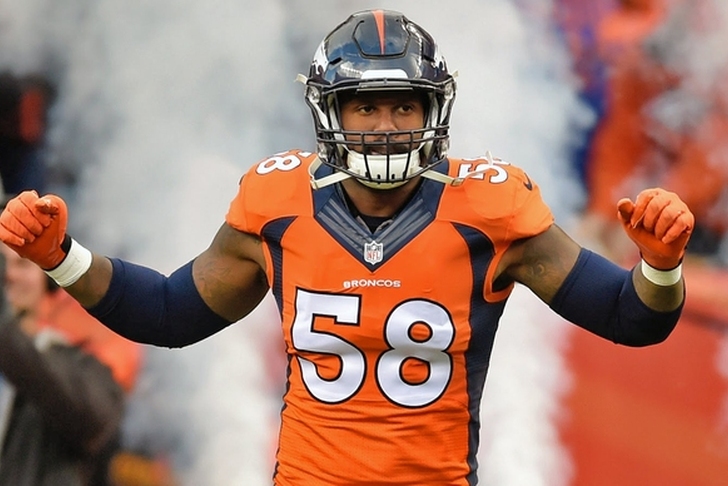 The NFL offseason is in a lull, as minicamps are over and teams are getting ready for training camp. While free agency is largely quiet, there is still plenty buzz around the league. There are a few notable names left on the market, and several teams are working on getting new deals for their current players. Here are the latest and greatest of the NFL rumors and news from around the league.

No solution to Miller, Broncos saga?
Broncos linebacker Von Miller has said there's "no chance" he plays next season without a long-term deal from the team, but ProFootballTalk says there are other alternatives to Miller signing his franchise tag tender:

After July 15, Miller could sign a one-year contract with the Broncos containing terms other than the basic nuts and bolts of the franchise tag.

The latter is unlikely given the team’s cap situation. A long-term deal would inevitably result in a reduction in his current cap charge of $14.129 million for 2016. An increase for 2016 would bump the cap number up accordingly.

Wilkerson to skip Jets training camp?
Muhammad Wilkerson has expressed his frustration with the Jets after two years of failed extension negotiations, saying the team "doesn't want him." Wilkerson has not signed his franchise tender yet, and now he may hold out in the hope of a new deal.

"I'm not going to answer that question right now because there's no deal in place," Wilkerson said, via NJ.com. "Nobody knows what can happen. I feel like I deserve it a new deal, but I understand it's a business. My focus right now is rehabbing the leg and getting ready. I'm surprised, frustrated, but what can I do? What can I say?"

Chip Kelly caused Jarryd Hayne to retire?
San Francisco 49ers running back Jarryd Hayne announced his retirement from football last month after just one year in order to return to rugby for the Olympics, but there may have been more to the story. Hayne told the Sydney Morning Herald that new head coach Chip Kelly's playbook was another reason why he decided to walk away.

"I just think with Chip's playbook, it's such an intense playbook that it would just take too much time," Hayne said."I think it would be extremely difficult considering we weren't even halfway through Chip's playbook when I left and I am aware of how complicated it is. I would struggle to catch up in a week, which is how long I would have if I was to return [after the Olympics]."