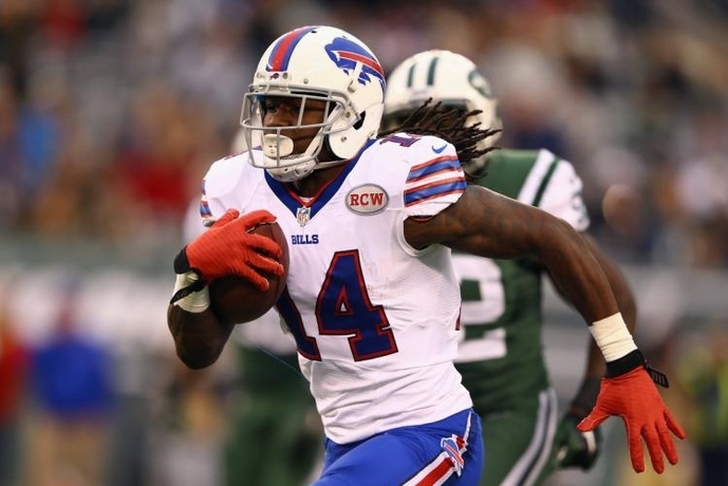 Week 1 of the NFL season wraps up with two games tonight, but the first full Sunday of the season brought about plenty of excitement. However, as is usually the case after season openers, teams are facing plenty of new questions - some due to injuries. Here are the latest news and rumors from across the league:

Watkins to play this weekend
Buffalo Bills wide receiver Sammy Watkins is dealing with a foot injury that was thought to keep him out for several weeks, but that is not the case. However, Watkins insists that he will be on the field, playing on Thursday against the New York Jets.

Sammy- I'm definitely going to be out there playing and get prepared for this week to go up against a great defense. #Bills

Watkins underwent an X-ray to further check out the injury, but he checked out fine. He caught four passes for 43 yards in the Bills' 13-7 loss to the Baltimore Ravens.

Vikings QB latest
The Minnesota Vikings started Shaun Hill at quarterback over Sam Bradford in their Week 1 win over the Titans, and while many expect the newly-acquired Bradford to get his first start for the Vikings against the Green Bay Packers next Sunday, head coach Mike Zimmer isn't ready to go there yet:

Mike Zimmer on not deciding a QB: "I just think it's be good for sports talk radio.''

Mike Zimmer, though, said he hasn't made a decision yet and he's keeping his cards close to the vest.

Minnesota failed to score an offensive touchdown in the game, but the defense did score twice and they had four drives end in made field goals. Hill went 18/33 passing for 236 yards and no interceptions.

Wilson will play in Week 2
Russell Wilson suffered a sprained ankle while leading the Seattle Seahawks to a 12-10 victory over the Miami Dolphins, but head coach Pete Carroll said it won't keep the star QB out of any games:

Pete Carroll says on @710ESPNSeattle Wilson has a sprained ankle but "nothing very serious.''

Carroll says "he'll make it through'' indicating he won't miss any playing time. Does hint he may be limited in practice.

Carroll says Wilson had X-rays and that "he's all fine there. ... a little bit of swelling but he'll make it through.''

Wilson passed for 258 yards with one touchdown and one interception in the victory.

Browns place RGIII on IR
Cleveland Browns quarterback Robert Griffin III suffered a shoulder injury in their loss to the Philadelphia Eagles, but the injury is more serious that the team originally believed. The team placed him on injured reserve, meaning that Griffin can not return until at least Week 10.

“It’s very unfortunate, Robert came in and has worked extremely hard to learn our offense and earn the respect of his teammates,” Browns coach Hue Jackson said in the statement. “This is a tough loss because everyone has seen how invested he has been in this team and his dedication to the work needed to improve his craft. We all know these are the realities of the NFL, injuries occur and you have to find ways to overcome them so they don’t impede your progress.

“Robert will do everything in his power to rehab and get healthy but Josh McCown is on this roster for a reason and we have great confidence in him. He is more than capable. His veteran presence has been an asset to our team throughout our process of preparing for the season. We look forward to him assuming the role of the starter and leading our offensive unit.”

Griffin passed for 190 yards and an interception before leaving the game.