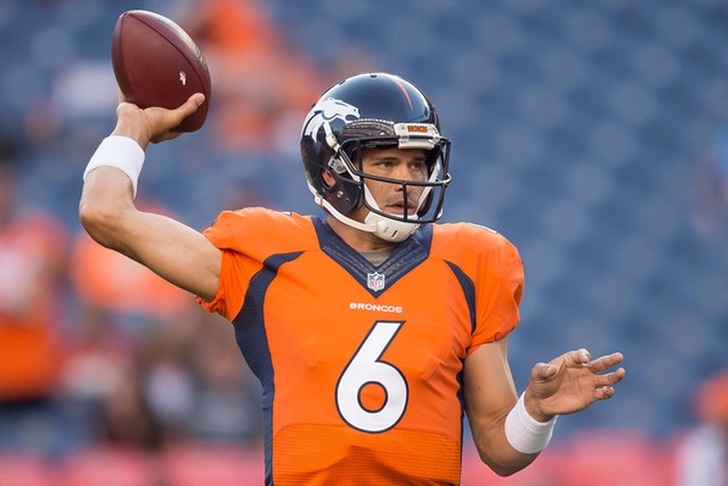 The preseason and training camps are now in full swing for every NFL team. That means a few of the remaining veterans are being signed, sometimes to replace players who went down with injuries. Week 2 of the preseason wraps up tonight, but there are plenty of news and rumors tidbits to get to. With that in mind, here are all the NFL latest news and rumors you need to know.

Vikings coach Mike Zimmer wouldn’t confirm that on Saturday, saying only that he has “no concern” with Bridgewater after Saturday’s practice. Bridgewater didn’t throw in that practice, although the report about his shoulder indicated that the quarterback would be playing if it was the regular season.

Whatever the level of concern, the Vikings decided they needed another quarterback to handle some throws in practice and signed Brad Sorensen to the 90-man roster on Saturday. Sorensen was a seventh-round pick of the Chargers in 2013 and was waived earlier this year. He’s never seen regular season action.

Sanchez losing Broncos starting QB battle?
Mark Sanchez and Trevor Siemian are locked in the most intriguing quarterback battle of the preseason, and while Sanchez game into the season as the favorite to win the job, he doesn't think that's the case anymore. Via ESPN's Jeff Legwold:

"I squandered a great opportunity to separate myself, and put the team in a bad situation," Sanchez said [after Saturday's preseason game]. "No excuse for that; poor, poor quarterback play.

"I can't put pressure on the O-line like that. I know I'm in a tough spot right there, and Coach wants to see what I do. There's no excuse for that. You can't do that. ... Poor play. I just let one go tonight. That's really too bad."

Kubiak said this past week that he would like to make a decision on a starter before Saturday's preseason game against the Los Angeles Rams, but he didn't seem inclined to do that after the loss to the 49ers.

Asked if he had seen enough from either quarterback to make the call, Kubiak said: "We made too many mistakes, obviously. They both did some good things. ... You have to protect the football. Obviously we have to hang on to the good things and find a way to protect the ball. That's what we need to focus on now more than anything."

Kubiak added a bit later that he was still taking the quarterback decision "day by day."

The Broncos lost 31-24 to the 49ers, and Sanchez definitely struggled. Siemian started and went 10/14 for 75 yards with an interception, while Sanchez was 10/17 for 120 yards with two fumbles - and he was sacked three times.

Williams' release "strictly performance based"
The Buffalo Bills announced they released running back Karlos Williams on Saturday, and while many thought it had to do with his four-game suspension for violating the NFL's substance abuse policy, general manager Doug Whaley insists that's not the case.

"I've always said this is a performance based business and the release of Karlos Williams was strictly performance based," Whaley told reporters. "He came in behind the eight ball and never caught up and there was other guys on the roster that moved ahead of him.

"So in light of that we thought, why hold on to him, why don't we give him a chance to maybe find another job out there in the league? We weren't going to hold on to him to the end knowing he wasn't going to make the team."

Williams showed up to training camp 20 pounds overweight, and lost his backup job to the recently-signed Reggie Bush. He had 517 rushing yards and seven touchdowns on 93 carries as a rookie last season.