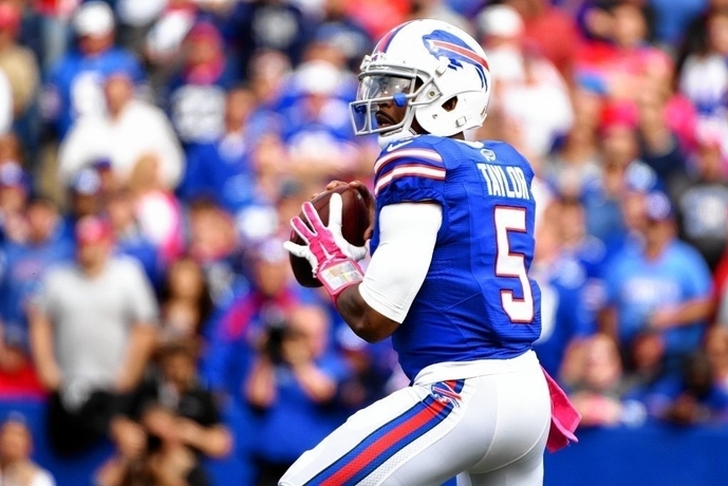 With the Super Bowl now in the rearview mirror, all 32 NFL teams are officially in the offseason. While the draft and free agency are still a several weeks away, there is plenty action around the NFL as teams are making preparations for the start of the new year on March 9. Check out the latest news and rumors in our NFL Rumors Roundup.

Tyrod Taylor won't take paycut
The Buffalo Bills aren't sold on their quarterback situation going into next season. They gave Tyrod Taylor a $100 million extension before the season started, but now want him to restructure that deal or they may go in a different direction at the position. As for Taylor, he is not willing to restructure that deal, according to Vic Carucci of the Buffalo News:

The decision they have to make is whether they're prepared to commit to him for a minimum of three seasons, which would likely be the case if they pay the $30.75 million in guaranteed money that comes with picking the option on his extension.

It's pretty much an either or proposition, because, based on everything I've been told, Taylor is unwilling to agree to a restructured contract that would reduce his pay. He and his agent, Adisa Bakari, are firmly convinced they would receive every bit as much as the Bills would have to pay in accordance with the extension -- if not more -- in the open market.

Taylor passed for 3,033 yards with 17 touchdowns and just six interceptions while rushing for 580 yards and six more scores in 15 games.

Jets not interested in Jay Cutler
Another team that has a need at quarterback is the New York Jets, but they already know one available name they won't pursue in Jay Cutler. According to ESPN's Rich Cimini, they will not pursue him no matter if the Chicago Bears cut him or trade him.

Cutler is expected to be cut or traded by the Bears, but don't expect him to land with the Jets. From what I hear, they won't be suitors for Cutler. I think Tyrod Taylor (if he's cut by the Bills) and free agent Mike Glennon are higher in the Jets' pecking order than Cutler.

New Jets quarterbacks coach Jeremy Bates has spent four years coaching Cutler throughout his career, but a reunion doesn't appear to be in the works. Cutler passed for 1,059 yards and four touchdowns with five interceptions in five games last season.

Garrett posts video pleading for Cowboys to trade up and draft him
Former Texas A&M defensive end Myles Garrett is widely expected to be taken with the No. 1 overall pick in the 2017 NFL Draft by the Cleveland Browns, but if he has it his way, that's not where he'll end up. In the video below, Garrett makes a plea to Dallas Cowboys owner Jerry Jones and head coach Jason Garrett to trade up and draft him.

Garrett has already said that he will not be attending to draft, opting to stay home in Arlington and watch it on television.

He was largely limited due to injuries over the past year, but still racked up 33 tackles with 11.5 tackles for loss and 8.5 sacks in 10 games. The 6-foot-5, 270-pounder also forced two fumbles and recovered one.