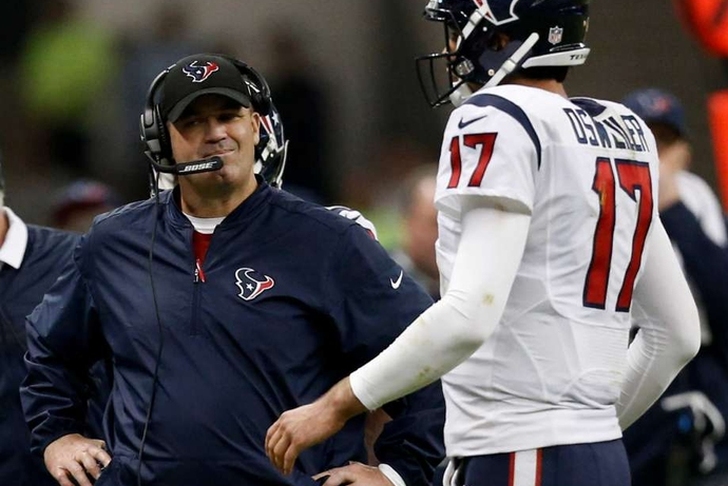 The NFL offseason is already in full swing for most teams with the Super Bowl just days away, and there is plenty of action going on around the league, including teams preparing for free agency and the draft. Check out the latest news on that & more in our NFL Rumors Roundup:

Texans likely to draft a QB
Houston Texans quarterback Brock Osweiler struggled mightily this season after the team signed him to a $72 million deal as a free agent, but team owner Bob McNair says the team will likely pick a quarterback in the draft, according to John McNair of the Houston Chronicle.

"The challenge is what can we do with what we got," he said. "We'll still probably look at a young quarterback as we go into the draft. It's a question of what's available."

The Texans thought they solved their problem with Osweiler.

"It's up to him to meet the challenge," McNair said. "He has to step up. We need better performance out of the position."

McNair said Osweiler would have to play better and that he expects Savage to compete hard for the starting job.

The Texans are expected to draft a quarterback in the first or second round if they find one they like.

Osweiler through for just 2,957 yards with 15 touchdowns and 16 interceptions this season. He was benched for Savage late in the season, but got his spot back after Savage suffered an injury.

Brees not thinking about retirement
There have been lingering questions about the future of New Orleans Saints quarterback Drew Brees, but the 38-year-old insists that he isn't going to retire anytime soon.

"I got a few more (years) at least," Brees said on Good Morning Football on Thursday. "When you first get into the league you think you're invincible, right? You think you're going to last forever. But I understand now, I'm just finishing my 16th season and I'm probably a little closer to the end than I am the beginning. So I just want to create a tremendous sense of urgency for every single year. I don't want to look any further past this year and what's right in front of us. Especially with what we've gone through over the last three years while watching other teams from the NFC South go to the Super Bowl.

"Carolina two years ago and Atlanta this year, that's good for those guys and their teams because they've earned it. But I'd like to see us back there and that's what I'm focused on."

Brees signed a two-year, $44.25 million deal that kicks in for the start of the 2017 season and keeps him under contract through 2018. He passed for 5,208 yards (most in the NFL) with 37 touchdowns and 15 interceptions this past season.

Fitzgerald had said he had "pretty much made up my mind" about his future earlier in the week, but wasn't ready to announce his future plans until talking to Trotter.

2017 is the final season of Fitzgerald's contract with the Cardinals. He caught an NFL-high 107 passes this past season for 1,023 yards and six touchdowns.