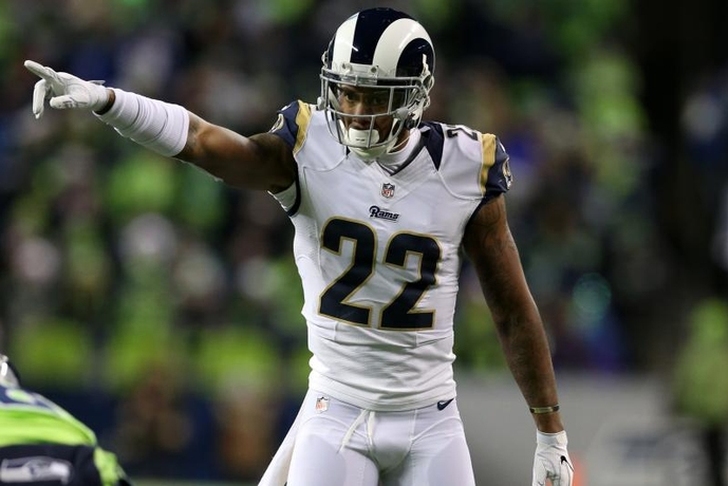 The first full week of the NFL preseason is wrapping up and it has brought a flurry of action around the league. Ezekiel Elliott's six-game suspension and pending appeal are dominating headlines, but yesterday also saw a flurry of trades. The Buffalo Bills sent Sammy Watkins to the Los Angeles Rams and traded Ronald Darby to the Philadelphia Eagles for Jordan Matthews, netting themselves second and third-round picks in the 2018 draft in the process.

However, the rumor mill is far from done as there are plenty of other potential moves on the horizon. Here are all the latest NFL rumors you need to know:

Steelers targeting Trumaine Johnson trade
The Rams traded cornerback E.J. Gaines to Buffalo as part of the Sammy Watkins trade, and they may not be done making moves. Jason La Canfora of CBS Sports reports that Los Angeles is open to making more trades and the Pittsburgh Steelers are trying to get a deal done for cornerback Trumaine Johnson.

The Rams have been open to other trade options as well, though this deal of Gaines makes it even less likely they move top corner Trumaine Johnson, who is making $17 million this season after being franchised a second straight year. Sources said the Steelers have been among the teams sniffing around on a possible Johnson trade.

It's very unlikely that Los Angeles will part with two cornerbacks during the same preseason, but there is some logic as to why a deal could get done. $17 million is a lot to pay a cornerback and with Watkins set to be a free agent after the season, the Rams will make re-signing him a priority over Johnson - they didn't acquire Watkins to have him for just one year.

As such, there's a chance Johnson won't be back with the team next season, meaning the Rams would be smart to get something in return for him rather than letting him leave for nothing.

Johnson had 57 tackles with one interception and 11 pass breakups in 14 games last season.

This was expected after Miami signed Jay Cutler to a one-year, $10 million deal.

Tannehill suffered a partially torn ACL at the end of last season, but elected not to have surgery this offseason. The injury did not heal on it's own as the team had hoped which is why they are opting for surgery this time around. He was wearing a brace on his knee at the time of the injury.

The 6th-year pro passed for 2,995 with 19 touchdowns and 12 interceptions in 13 games last season before suffering the injury.

Joe Mixon running with first team for Bengals
The Cincinnati Bengals are loaded at running back with Jeremy Hill and Giovani Bernard, but rookie Joe Mixon found himself right in the mix with the first team during their preseason opener last night against the Tampa Bay Buccaneers.

Mixon took the field three times during Cincy's opening drive, which suggests that he has cracked the rotation and is in the line for significant playing time. He finished the game with six carries for 31 yards, along with an 11-yard reception.

Bernard did not play as he continues to recover from an ACL injury, but Mixon saw the field before Cedric Peerman, who was listed as the No. 3 running back on the Bengals initial depth chart. It appears that spot now belongs to Mixon.