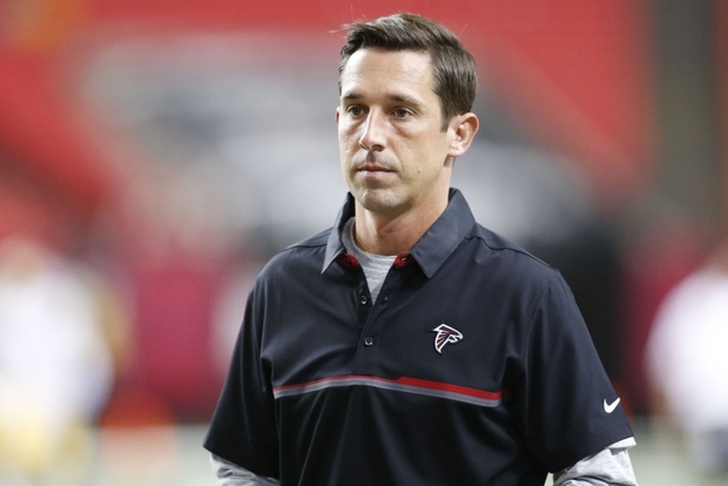 The NFL regular season ended two weeks, but there is plenty of action going on around the league. Along with the playoffs reaching the conference championship games this weekend, five of the NFL head coaching vacancies have already been filled with just the 49ers vacancy remaining. Check out the latest news on that & more in our NFL Rumors Roundup:

#49ers came into today with #Falcons OC Kyle Shanahan and #Patriots OC Josh McDaniels as co-favorites. Now, Mcdaniels is out.

#Patriots OC Josh McDaniels tells reporters “at this time it’s just best for my family and myself to remain here in New England.”

If #Falcons advance to #SBLI, #49ers can request a 2nd interview with OC Kyle Shanahan next week so he can talk with prime GM candidates.

Previous reports have indicated that Shanahan would accept the 49ers job if offered, as he is intrigued the challenge of a total rebuild.

Shanahan has been the offensive coordinator of the Falcons for the past two seasons, and has been an OC in the NFL since 2008, working for the Texans, Redskins and Browns before taking the Falcons job.

Kelly interviews for Jags OC job
As for San Francisco's old head coach, Chip Kelly, he interviewed for the Jacksonville Jaguars' offensive coordinator position on Monday and expects to get the job, according to multiple reports:

Chip Kelly went into #Jaguars OC job interview believing he was going get an offer. Has some assistant hires ready. Good chance it happens.

Kelly was interviewed by the Jaguars for their vacant head coaching position before they promoted offensive line coach Doug Marrone to head coach.

"I'm feeling like I screwed that up with not telling you that because that happened, but he was OK. So I don't know. He never missed anything, which is probably why."

Sherman will not need to have surgery in the offseason. He recorded 58 tackles with four interceptions and 13 passes defensed this season