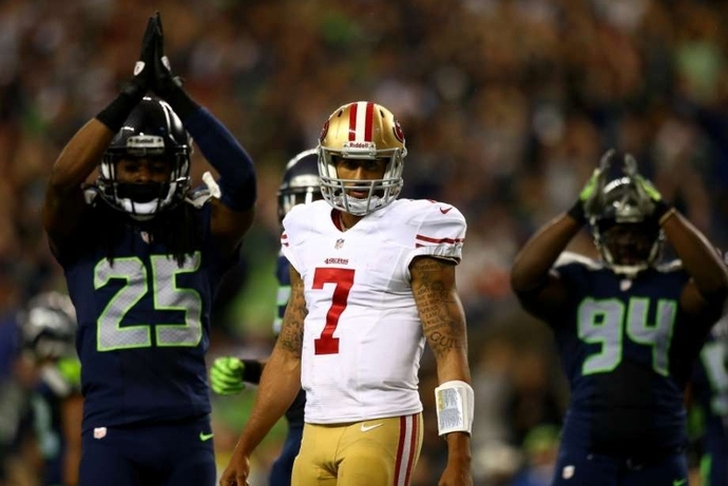 The NFL offseason is in a bit of lull, even though OTAs are now underway for a few teams. However, there are still a few notable free agents left on the market and many others who find themselves at the center of trade rumors. Here are all the latest NFL rumors you need to know.

#Seahawks are slated to work out reserve QBs soon & barring a change of plans, Colin Kaepernick is expected to be one of them, per sources.

The #Seahawks visit with free agent QB Colin Kaepernick & at least 1 other is today, source said. He flew in last night from the East Coast.

FA QB Austin Davis, mostly recently with the #Broncos, is visiting with the #Seahawks today, source close to him says. Joins Kaepernick.

Head coach Pete Carroll said last week that Seattle is considering signing Kaepernick to be Russell Wilson's backup, and they reached out to Kaepernick's agent to set up this workout.

“That’s fake news. Alternative facts,” Matthews said Tuesday with a smile. “I don’t really care about that stuff, bro. I feel like it’s the NFL – everybody has a price. Those talks, they happen. It really doesn’t faze me in any way.

“I haven’t really talked to anybody about that. I don’t really focus on that too much, to be honest. I think you all know me by now. That’s not what really fuels me. It’s one of the last things I actually think about. Whatever happens is going to end up happening. I just try to come out here and do what I need to do for my team.”

"I'd like to see him out there next week because he's getting behind right now, and we've got to get him back out on the field," head coach Anthony Lynn said, via ESPN. "If he wasn't a rookie it would be different. But he has so much to learn, and some of this you can only learn on the field."

"Obviously, it's nothing he can't catch up on," quarterback Philip Rivers said. "But this to me is valuable time, especially at his position. With all of the things we ask for from our receivers formation-wise and all of the things we do like no-huddle, it would be good for him to be out there doing this.

"Hopefully, it's sooner rather than later. But obviously he's involved in the meetings and everything, so it's nothing he can't get caught up on when we get to (training) camp, or hopefully before then. But certainly it would be good to have him out there."

Williams, who missed almost the entire 2015 season with a neck injury, caught 98 passes for 1,361 yards and 11 touchdowns for Clemson last season.