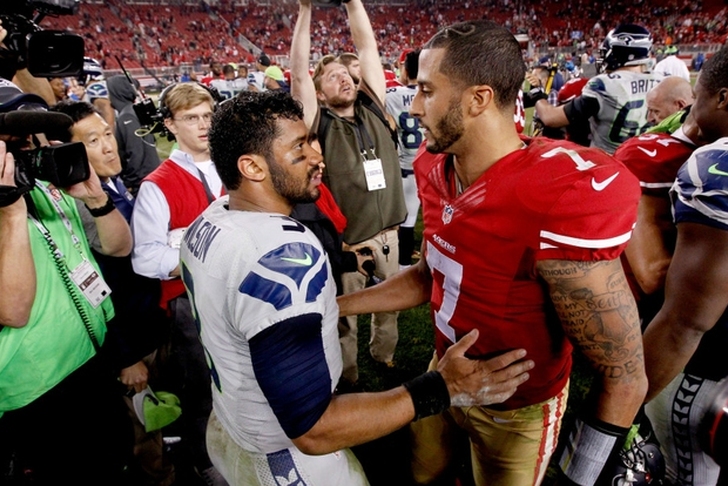 NFL teams have begun preparations for the upcoming year as rookie minicamps have kicked off, and OTAs are right around the corner. However, there are still several big name free agents still available that should find a home soon, led by Colin Kaepernick. Here are all the latest NFL rumors you need to know.

Seahawks have reached out to Colin Kaepernick
Kaepernick is arguably the best free agent still available, but said on Thursday that no team had showed him any interest. That is no longer the case.

Seattle Seahawks head coach Pete Carroll said yesterday that the team is considering signing Kaepernick to be Russell Wilson's backup, and they reached out to Kaepernick's agent, according to NFL Media's Michael Silver.

Former Steelers offensive lineman Willie Colon, a teammate of Roethlisberger’s for seven seasons, said this morning on PFT Live that Roethlisberger was seriously considering retiring before ultimately deciding to play the 2017 season.

“I got to sit down and talk to him and one thing he told me is he did take it seriously,” Colon said. “He’s dealt with a lot of injuries.”

So will the 35-year-old Roethlisberger consider it again in 2018, and maybe even walk away? Colon said he believes the Steelers’ offensive line will have a lot to do with that decision.

“He’s passionate about playing, but one thing that keeps his fire going is that offensive line,” Colon said. “You have to worry about the health of Ben Roethlisberger. Can you keep him upright, can he stay healthy for the duration? They have the offensive line, they have the pieces around him to make it work.”

Roethlisberger completed 64.4 percent of his passes for 3,810 yards with 29 touchdowns and 13 interceptions this past season.

Panthers to cut down on Thomas Davis' playing time
The Carolina Panthers plan to reduce star linebacker Thomas Davis' number of reps this season, according to Bill Voth of Panthers.com:

In the two seasons since the Panthers used a first-round pick on linebacker Shaq Thompson, he’s played less than 50 percent of possible defensive snaps. That’s mostly because Thomas Davis refuses to give into Father Time.

But now it’s time for Carolina’s new defensive coordinator to find a solution – even if it includes continuing to plan for life without the heart and soul of the defense.

“With Thomas Davis getting up there in age and years, we've got to cut down on his reps,” Steve Wilks said Monday. “So there will be times where Shaq is going to be in, and we're going to try to relieve Thomas to give him some rest.”

Davis had 106 tackles with 2.5 sacks, one forced fumble and three interceptions this past season.