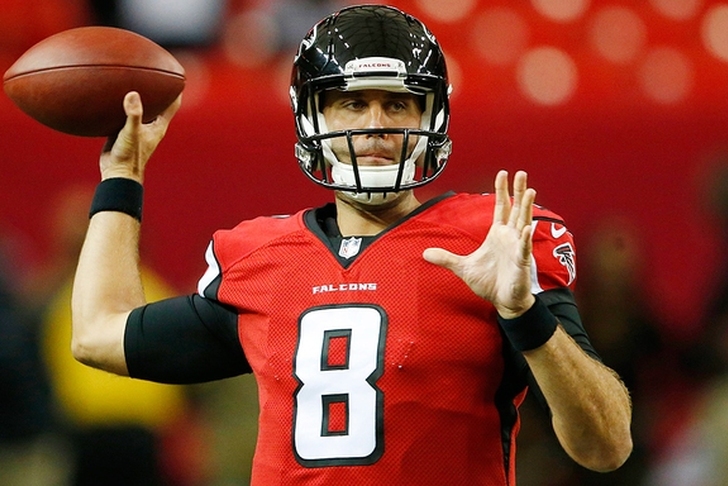 Today, the league is focused on the Super Bowl, but there is still plenty of action going on around the league, as the 30 other teams are already starting to think about next season. Check out the latest news on that & more in our NFL Rumors Roundup:

Matt Schaub to 49ers?
The San Francisco 49ers have a major quarterback question going into next season, and Kyle Shanahan - who will be named head coach of the 49ers after the Super Bowl - wants to bring Atlanta Falcons backup quarterback Matt Schaub with him to San Francisco, according to ESPN's Adam Schefter:

​Atlanta Falcons backup quarterback Matt Schaub could be following Atlanta offensive coordinator Kyle Shanahan to San Francisco, if the man poised to become the new 49ers head coach has his way, according to league sources.

Shanahan, who is expected to be named the 49ers' new head coach as soon as Monday, always has liked and respected Schaub's play, from the time he was a Pro Bowl quarterback for him with the Texans, to his current role as backup quarterback in Atlanta.

Schaub is scheduled to be an unrestricted free agent and, with Washington preparing to place its franchise tag on quarterback Kirk Cousins, Shanahan might have to settle for pursuing Atlanta's backup quarterback rather than the Redskins' starting quarterback.

Schaub last started a game for the Ravens in 2015, where he went 52/80 passing for 540 yards, three touchdowns and four interceptions in two games.

#Raiders LB Aldon Smith will be reinstated in March, sources say, barring a slip up in the drug program. His request was deferred in Dec.

Seahawks unlikely to face punishment
The Seattle Seahawks are not expected to receive punishment for failing to list cornerback Richard Sherman on the injury report during the second half of the season, according to Rapoport via NFL.com's Conor Orr:

According to NFL Network Insider Ian Rapoport, Seattle knew it should have simply listed Sherman's minor MCL injury but "are not expected to be penalized heavily -- if at all -- for not disclosing (the injury). The league was provided with all medical materials regarding Sherman's MCL injury, and they were in the process of a final review. But as the investigation wraps up, the view is that the Seahawks did not commit an egregious rules violation."

Seahawks head coach Pete Carroll revealed after the season that Sherman had been playing with a MCL injury throughout the second half of the season.