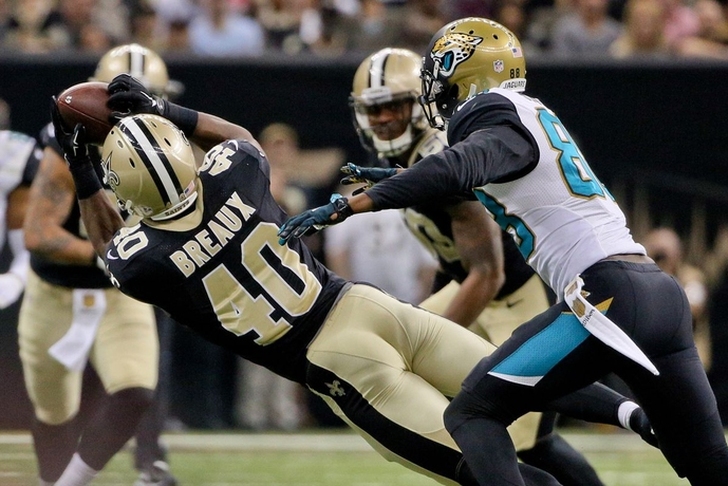 The first full week of the NFL preseason is complete and it's brought a flurry of action around the league. Last week was dominated by the Ezekiel Elliott suspension and two major trades, but there are still plenty of moves left to be made. There are also several notable injuries around the NFL. Here are the latest NFL rumors and news you need to know:

The Saints are shopping Delvin Breaux, per source. They’re frustrated with his injury history over the last three years.

Underhill adds there are several teams interested, but doesn't detail what the Saints are asking for in exchange. Breaux joined the Saints in 2015 after playing in the CFL and quickly became the top corner on a bad pass defense, racking up three picks. But injuries limited him to six games last year, with no picks and just one pass breakup. He's battled a leg bruise that's kept him out of practice for a week. If the Saints deal Breaux, the top options are Lattimore, P.J. Williams, Damian Swann, 2016 UDFA Ken Crawley, veteran Sterling Moore and several other players.

Kerry Hyder Out For Season
The Detroit Lions have lost one of their better pass rushers for the season.

#Lions DE Kerry Hyder, one of their breakout players from 2016 with 8 sacks, is out for 2017. Source said he tore his Achilles. Brutal.

The 26-year-old actually led the Lions with eight sacks, although former first rounder Ziggy Ansah should bounce back after just two last year. Expect the Lions to add another pass rusher now. Their top four players are all hurt, including Ansah. Cornelius Washington should be back soon, but Armonty Bryant has a four-game suspension to open the season. The Lions also need 2016 sixth round pick Anthony Zettel to step up.

Days after trading for him, the Bills announced WR Jordan Matthews has a chest injury.

Injury Update: Jordan Mathews has a chip fracture in his sternum and will be listed as week to week. #BillsCamp pic.twitter.com/GDuqXm2sHG

Matthews should be back for the start of the season, but that week-to-week timeline is a vague one.

The Chargers are the Ravens of the West, in the sense that they always seem to have injuries. The latest is LB Denzel Perryman.

Missing 4-to-6 weeks would mean Perryman would miss at least one game to open the season. Perryman's backup is Korey Toomer on the depth chart. Joshua Perry could see snaps at MLB as well, although he's listed as the strong-side LB.

I believe Ryan Mathews is seeing his spinal surgeon today. If he is healed from neck operation, #Eagles will release him.

Once Mathews is cut, he'll be free to sign with another team. The injuries will always be a concern for Mathews, but he should get another shot somewhere in the NFL. It just won't be with the Eagles, who have clearly moved on.