NFL Rumors Roundup: Romo To Join Texans Or Retire, Peterson In "No Rush" To Sign & More 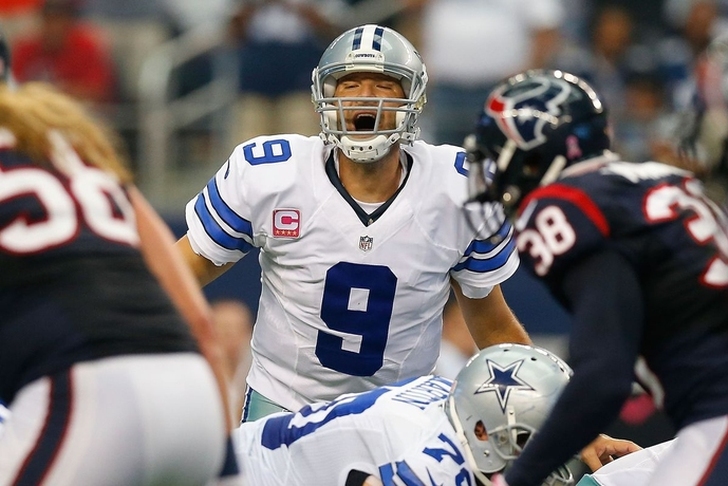 NFL free agency is several weeks old already, and while most of the big names are already off the market, there are a few notable players still available. The big stories of the offseason center around Tony Romo and Adrian Peterson, as well as the upcoming NFL Draft. Here are all the latest news and rumors you need to know.

Tony Romo to either sign with Texans or retire
The Dallas Cowboys still have Tony Romo on their roster, but he isn't expected to be with the team for the upcoming season to serve as Dak Prescott's backup. Since Romo still wants to play and wants to play for a contender, the Denver Broncos and Houston Texans were the two favorites to land him. However, with the Broncos no longer pursuing him, Romo will either join the Texans or retire.

I had some talks about Romo today. Broncos haven’t closed door but not pursuing. I’m told Romo believes it’s Texans or retirement for 2017.

Retirement would likely include a job in TV for Romo, as he has received offers from both FOX and CBS to join their broadcast teams.

Houston traded Brock Osweiler to the Cleveland Browns earlier in the offseason in order to create cap space for Romo.

Adrian Peterson in "no rush" to sign with team
Adrian Peterson has not received the interest on the open market many expected, as no team has been interested in meeting his reported asking price. However, Peterson says that is not the case and is simply waiting to sign with the right fit.

Davis Webb says teams told him he's a first-rounder
UNC's Mitchell Trubisky, Clemson's Deshaun Watson and Notre Dame's DeShone Kizer are widely projected to be the top three quarterbacks taken in the upcoming NFL Draft, with Texas Tech's Patrick Mahomes lurking as a dark horse prospect. Another quarterback that could find their way into the first round is Cal's Davis Webb, according to ESPN's David Lombardi.

Former California quarterback Davis Webb on Friday said he's been told by multiple NFL teams that he could be taken early in April's NFL draft.

"I've talked to a lot of NFL people," Webb said after the Golden Bears' pro day workouts. "And double-digit teams have told me I'm a first-round guy."

The 6-5, 230-pound Webb, who was a graduate transfer to Cal from Texas Tech, was initially projected to be taken in the middle rounds. Recent buzz, however, has suggested that Webb's stock is climbing.

"Every meeting [with an NFL team] I've had, they've said I'm one of the best quarterbacks on the board," Webb said.

Webb passed for 4,295 yards with 37 touchdowns and 12 interceptions last season.