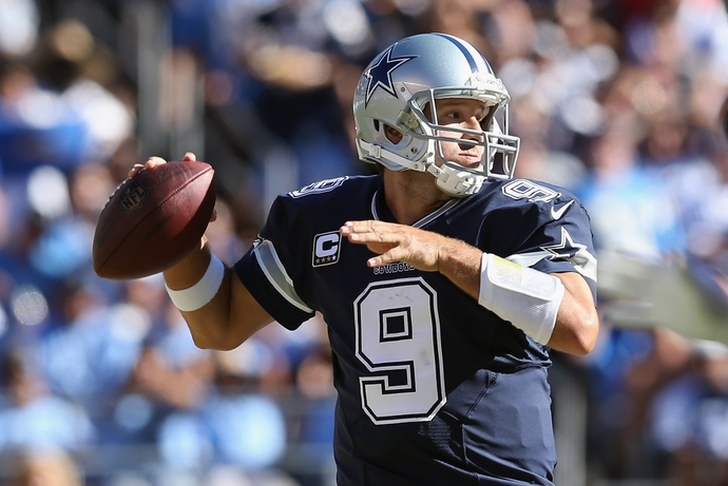 NFL free agency well under away and while most of the big names are already off the market, there are a few notable players still on the market. Trade rumors are also starting to heat up with just over a month until the upcoming NFL Draft. Here are all the latest news and rumors you need to know.

Tony Romo strongly considering TV job?
Tony Romo's future continues to be the biggest storyline of the NFL offseason, as the Dallas Cowboys have yet to either release him or trade him despite the widespread acceptance that he will not be back with the team next season. The Denver Broncos and Houston Texans are the two leaders to land Romo, but Peter King of The MMQB writes that Romo is also considering retiring and taking a TV analyst job.

But even though the Cowboys have not released him, I'm starting to wonder whether Romo might actually consider a TV career now instead of taking one last shot to win big at age 37 (and possibly 38). Adam Schefter reported recently that Fox wants to hire Romo to replace John Lynch on its number two NFL broadcast team, and Schefter said other networks are interested too. The easy thing would be to say: He can do that after his career ends. No rush. And that's true.

This is just my opinion, but what if Romo is enjoying the family life (he is married, with two children, and a third on the way), realizes he wants to continue to live in Dallas, and thinks maybe it wouldn't be so bad on 20 weekends a year to leave home Friday morning, get home Sunday night, do something he knows he'd be good at (talking about football in an amiable and intelligent way), and be able to make $2 million a year (at the very least). He will be smart enough to know he can't just walk into a big-time booth without some knowledge whether he'd be good right away, and I expect he'd do his homework on that, if he hasn't already.

That TV job will likely be there for Romo whenever he does decide to retire, and while this is simply King's opinion, he does have in-depth knowledge of the situation.

Chargers interested in Joe Mixon
Oklahoma Sooners running back Joe Mixon has received interest from the Broncos, Cincinnati Bengals and Oakland Raiders already throughout the draft prospect, and now the Los Angeles Chargers are bringing him in for a visit, according to ESPN's Jim Trotter.

Next visit for Joe Mixon? The LA (still getting used to it) Chargers.

Mixon would have been a first-round prospect, but he punched a woman in the face in 2014 while at Oklahoma, video of which was released late last year. He rushed for 1,274 yards with 10 touchdowns on 187 carries while catching 37 passes for 538 yards and five more touchdowns last season.

Dolphins are finalizing a contract extension for LB Kiko Alonso, source says. A reward after his bounce-back season in 2016.

Alonso led the Dolphins with 115 tackles last season to go along with one forced fumble, four fumble recoveries and two interceptions.