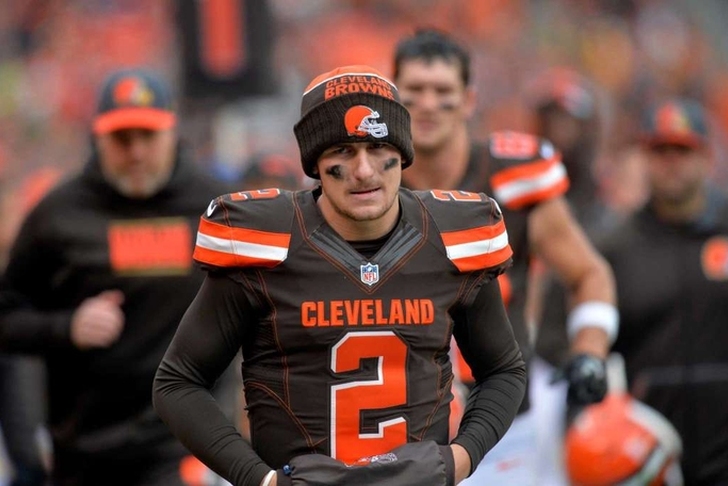 Darrelle Revis to the Patriots?
Many other teams around the league believe that recently released cornerback Darrelle Revis will sign with the New England Patriots, according to Jason La Canfora of CBS Sports.

A Darrelle Revis return to New England looks increasingly likely. Numerous league sources, including some close to Revis, believe that if the potential future Hall of Fame corner plays anywhere in 2017 it will be for the Patriots.

New England has a definitely need at corner, with Malcom Butler very likely headed to New Orleans via trade and with Logan Ryan gone. Sure, they signed Stephon Gilmore, but once Butler departs they will be thin at corner, and Revis looks like the perfect short-term salve.

Executives from numerous NFL clubs told me they fully expect Revis to end up there.

Revis played for New England in 2014, helping the Patriots win Super Bowl XLIX. He could also sign with the team for cheap, as he is getting paid $6 million by the New York Jets next season despite his release.

FA QB Johnny Manziel has kept a low-profile as he trains for a return. #Saints coach Sean Payton appears to have taken an interest in him.

The #Saints still need a backup QB. Payton could make the most of Manziel’s talent. Drew Brees would be a perfect mentor. A lot makes sense.

Manziel missed the entire 2015 season after being released by the Cleveland Browns, and held a workout for the CFL's Saskatchewan Roughriders last month.

Chargers interested in Patrick Mahomes, Joshua Dobbs
Philip Rivers is locked in as the starting quarterback for the Los Angeles Chargers, but the team is looking to add a backup and a quarterback of the future through the draft. According to ESPN's Eric D. Williams, the Chargers have a lot of interest in Texas Tech's Patrick Mahomes.

Los Angeles Chargers general manager Tom Telesco recently said that even though the team has franchise quarterback Philip Rivers, the organization will still do its work on this year's draft prospects at the position.

Telesco apparently is staying true to his word. According to a source, the Chargers held a private workout with Texas Tech quarterback Patrick Mahomes II in Lubbock, Texas, last week.

Chargers head coach Anthony Lynn attended the workout, along with offensive coordinator Ken Whisenhunt and quarterback coach Shane Steichen. Like Mahomes, Lynn also is a Texas Tech product who played running back for the Red Raiders.

While it seems like Mahomes is their top target, the Chargers have also shown interest in Tennessee's Joshua Dobbs, according to ESPN's Adam Caplan.

QB Josh Dobbs had private workouts this week for Saints and Chargers. Like Nathan Peterman, had good Senior Bowl week.