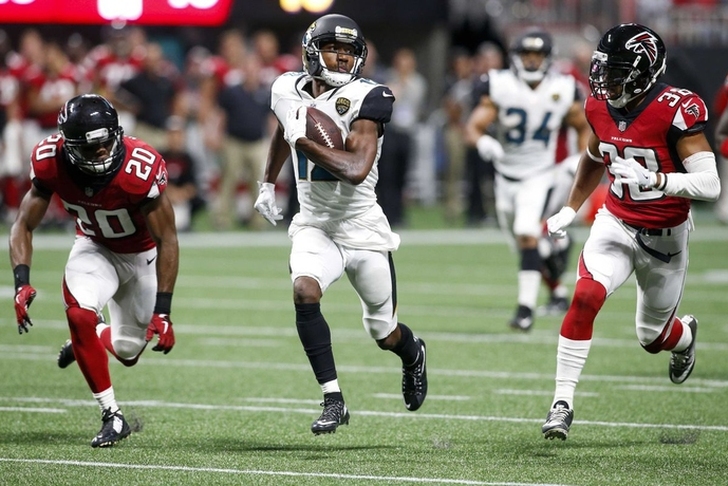 Week 11 of the NFL regular season kicks off tonight with the Pittsburgh Steelers hosting the Tennessee Titans on Thursday Night Football, setting the stage for a thrilling weekend. Both teams enter this week coming off a win and both are leading their division. We have three big rumors entering Week 11 below that need to be discussed before we can start a week filled with football.

Owners Discussing Removing Jerry Jones As Cowboys Owner
Jerry Jones has been accused of trying to sabotage contract extension negotiations with NFL commissioner Roger Goodell. The owners are calling his behavior "detrimental to the league's best interests," which would be grounds for forcing him out as Cowboys owner.

An anonymous owner, who doesn't agree with the public criticism of Jones, told ESPN's Chris Mortensen that Jones "may be ruffling some feathers" but laughed at the idea that Goodell and other NFL owners would "even dare" talk about forcing Jones to sell the Cowboys.

Dede Westbrook's Big Goals
Go big or go home for Jacksonville Jaguars rookie Dede Westbrook, who will be playing his first game of his NFL career against the Cleveland Browns this weekend. When speaking to the “Teal & Black Blitz” on SportsRadio 930, Westbrook laid out his expectations for his debut:

“My expectations are high, “I always set the standard high for myself. For me, and this has nothing to do with the Cleveland Browns at all, but my expectation is a 200-yard receiving game. Of course, that’s going to come with me and Blake (Bortles) being on the same page most of the game, but at the end of the day, that’s the expectations that I have for myself this weekend.”

Westbrook missed the first nine weeks of the season due to core muscle surgery.

LeSean McCoy's Reaction To Tyrod Taylor Benching
Buffalo Bills head coach Sean McDermott had previously said that Tyrod Taylor would remain the team's starting quarterback more than once, so when the Bills benched Tyrod Taylor for rookie Nathan Peterman yesterday, it came as a surprise to everyone - including Bills running back LeSean McCoy.

“I think everybody was kind of surprised,” McCoy told reporters. “Nobody really knew until today. We’ve been struggling, I think everybody has been struggling the last two weeks so we were a little surprised. We’re all together. We’re not playing well, from Taylor to me, guys up front, other playmakers, we’re not playing well together on offense.”

If you want to hear more NFL Rumors, Tom Downey and Mitchell Renz discuss all of these stories and much more on The Fantasy Football Rumors Podcast.