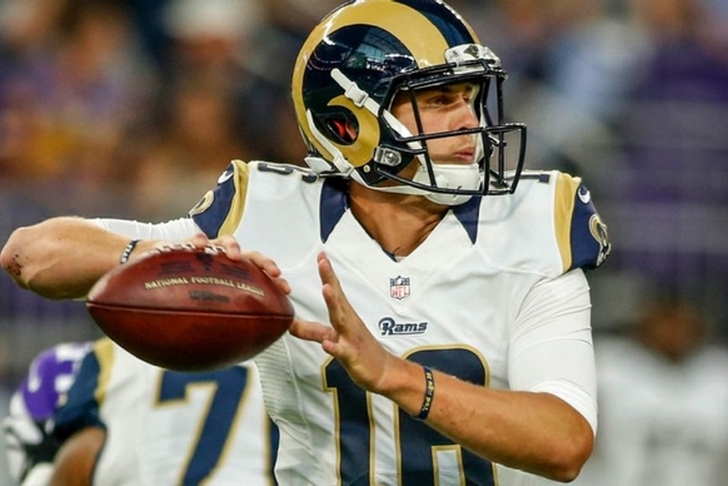 The NFL preseason is officially over, and now teams are focused on cutting their rosters down to 53 players ahead of the start of the regular season on Thursday. As a result, there is plenty of buzz going around the league ahead of opening weekend. Check out the latest NFL news and rumors below:

Cowboys still looking at "all options"
The Dallas Cowboys are looking for a veteran quarterback to backup rookie Dak Prescott after Tony Romo's injury, and they brought in Austin Davis for a workout earlier this week - but he left without a deal.

"I think he wants to see what his options are," team vice president Stephen Jones said, via the Dallas Morning News. "Obviously this is a unique situation here. We have a young guy (Dak Prescott) who everybody thinks a lot of and then we also got one of the best quarterbacks in the NFL (Tony Romo) that will be back this year to help us win and compete for a championship.

"It's a unique situation when a quarterback takes a look at it and tries to figure out where he's going to fit. I'm sure that's what Austin looked at and he's trying to figure out if there might be a better place for him. We certainly can understand that and we'll just go from there."

Dallas also has also interest in signing Mark Sanchez, who is expected to be cut by the Denver Broncos.

“The one thing that I will not do, and I promise you this, is put our organization in a situation where it’s going to inhibit us or hurt us going into the future,” Spielman said, via USA Today. “By that, I mean people are asking for some crazy things. People think that you are desperate, and we are not going to do something that in my estimation, and talking with Coach Zim (Mike Zimmer) and our ownership, that puts us in a situation where we jeopardize the future of this franchise.

“We’re not giving up any of these young, talented players that we have, I can tell you that right now. Us, we work too hard as our coaches and our scouts, to build this thing and to go out and draft guys and develop guys to just give them away for a guy that may come in here and only be here for seven months.”

Minnesota's main target is Sanchez, but are also exploring other options. Shaun Hill will take over as their starter, with Brad Sorensen (who the team cut and then re-signed after Bridgewater's injury) as the backup.

Ravens work out Hester
Devin Hester was released by the Atlanta Falcons in July, and some thought his career was over. Now, the Baltimore Ravens have come calling and brought him in for a workout, reports Jeff Zrebiec of the Baltimore Sun:

Hester said several other teams were interested in him when he was released, but a toe injury kept him from feeling healthy enough to sign with another team.

Goff now Rams No. 3 quarterback
When the Los Angeles Rams traded up to draft Cal's Jared Goff with the No. 1 overall pick in the draft, the thought was that he would backup Case Keenum until he was able to fully grasp LA's offense. Well, that may take longer than expected.

Head coach Jeff Fisher said the Goff will actually start the season as the No. 3 quarterback on the depth chart after some poor preseason performances:

These were Jeff Fisher's postgame comments on Jared Goff: pic.twitter.com/nNyTrWo2H5

Goff went 22-of-49 for 232 yards, two touchdowns and two interceptions in the preseason. Sean Mannion is now serving as LA's backup quarterback.