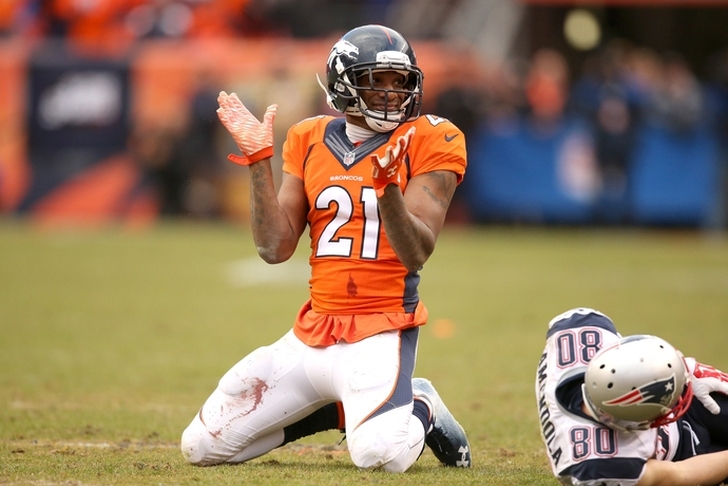 The NFL regular season is finally here, as the Carolina Panthers and Denver Broncos will get things started on Thursday night. As a result, there is plenty of buzz going around the league ahead of opening weekend. Check out the latest NFL news and rumors below:

Talib to Panthers?
The Broncos have reportedly made cornerback Aqib Talib available for trade, and several teams figure to be interested in the three-time Pro Bowler. According to Fansided's Josh Hill, one team that could be interested in him is the Panthers:

After letting Josh Norman go this summer, the Panthers are in dire need of an elite-level cornerback. For having a top-tier defense, the Panthers don’t have a single person that you could pick out of a grocery line — not even Pro Bowler Luke Keuchly.

Adding Talib would basically be like swapping out Norman for an older, slightly more unhinged version of himself. Norman had the ability to shut down a wideout as much as he did knock him the hell out. Talib has the same spunk and talent, and he could help the defense not miss a beat from making it to the Super Bowl.

Denver has reportedly became concerned about Talib after rumors emerged that he accidentally shot himself in the leg at a nightclub over the summer. The growth of third cornerback Bradley Roby has also made Talib a bit more expendable to the Broncos.

Shorts to Bucs?
Cecil Shorts was released by the Houston Texans this weekend, but he may not be out of work for long. According to ESPN's Adam Caplan, Shorts is visiting with the Tampa Bay Buccaneers today and could be offered a deal by the team:

#Buccaneers are expected to have former #Texans WR Cecil Shorts in for a visit within next 24 hours, source said.

On Tuesday morning [the Bills] played host to free agent Brandon Tate and he was signed a short time later.

Tate, 28, has made his living in the NFL as a kickoff and punt returner. The veteran return specialist and receiver played the last five seasons in Cincinnati.

Buffalo signed Reggie Bush this summer with a primary return role as one of the main reasons for bringing the 11-year veteran in. With the Tate signing it could be indication that there might be a bigger role for Bush on offense than initially anticipated.

Tate has spent the last four seasons with the Cincinnati Bengals and has not missed a game since 2009.