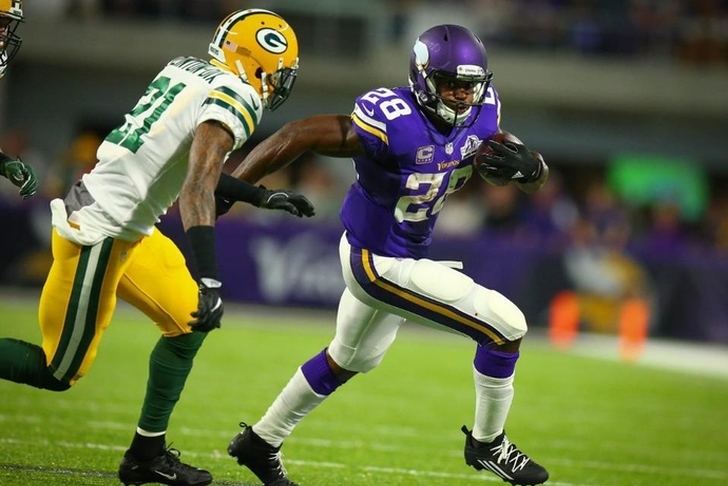 Packers passed on Adrian Peterson
Adrian Peterson has not received the interest on the open market many expected, as no team has been interested in meeting his asking price. According to ESPN's Jeremy Fowler, the Green Bay Packers were interested in bringing Peterson in for a visit, but ultimately decided against it.

Bears unlikely to draft QB
The Chicago Bears officially announced their signing of Mark Sanchez on Friday morning, bringing him in to back up Mike Glennon, who Chicago signed to a three-year, $45 million deal at the start of free agency. However, the Sanchez signing also signals that the Bears are not going to pick a quarterback early in the NFL Draft, according to Will Brinson on CBS Sports.

His presence on the Bears depth chart -- which now features Glennon, Sanchez, David Fales and Connor Shaw -- lends some credence to the notion Chicago wouldn’t draft a quarterback at No. 3 overall.

They don’t actually look like a great candidate to do so after signing Glennon; the moves they’ve made have the feel of a team looking to acquire more players early in the draft rather than making a play for a quarterback. There also isn’t a ton of immediate help or guaranteed success at the top of the draft at the position.

If Chicago’s plan is to bypass this quarterback class and acquire a talented defensive starter to build on a sneaky decent defense and to let Glennon run the show, it actually looks like a pretty smart move.

Sanchez spent last season as the third-string quarterback for the Dallas Cowboys. He appeared in two games, completing 10/18 passes for 93 yards with no touchdowns and two interceptions.

Panthers sign Jonathan Stewart to extension
Despite the fact that the Carolina Panthers have been widely linked to LSU running back Leonard Fournette with the No. 8 overall pick in the NFL Draft, the team announced that they have signed starting RB Jonathan Stewart to a one-year contract extension.

“It means a lot. This is a special place,” Stewart said. “The fans and the organization, they’ve always been good to me. We’re all here to win the ultimate prize. I’m just glad to be here."

"We’re excited about it," general manager Dave Gettleman said. "A couple of weeks ago I sat back and watched every one of his carries and touches. He’s still playing at a very high level. You look at his numbers over the last three years, and he’s been over 800 (yards) all three years. I feel really good about where he is physically, and I feel really good about doing this extension."

Stewart, who has played his entire nine-year career in Carolina, rushed for 824 yards and nine touchdowns in 13 games last season.