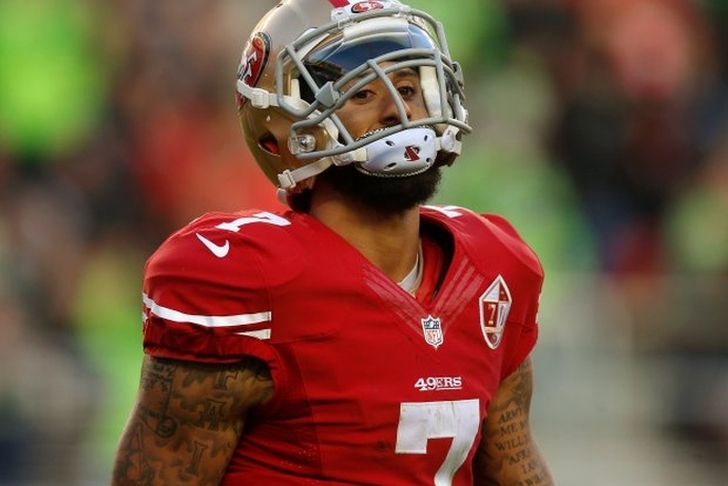 NFL teams have begun preparations for the upcoming year as rookie minicamps have kicked off, and OTAs are right around the corner. Off the field, headlines are focused on New England Patriots quarterback Tom Brady, who was announced as the cover athlete for Madden NFL 18. As we shift our focus back to the field, here are all the latest NFL rumors you need to know.

No teams have inquired about Colin Kaepernick
Contrary to one of Kaepernick's advisors saying that three teams have expressed interest in the free agent quarterback, his girlfriend claims that zero teams have reached out to Kaepernick. Via ProFootballTalk:

In response to the claim from Kaepernick adviser Harry Edwards that three teams inquired about Kaepernick, Kaepernick’s girlfriend has expressed skepticism.

Via NBC Sports Bay Area, Nessa Diab responded to the claims from Edwards by saying on Twitter, “What supposed ‘three’ teams? If this was really from his ‘adviser’ Colin would [have] known about it.”

Beane, however, emphasized that he and head coach Sean McDermott will take a collaborative approach on personnel decisions.

"I think that's the only way. I've seen it both ways, and the success I've had is when we're both seeing eye to eye. [Co-owner] Kim [Pegula] and Terry, me involved, we're going to do this together. Other people in the building. This is not a one-person approach."

Beane spent the last 19 seasons working in the Panthers organization, including the last two as assistant general manager. McDermott was Carolina's defensive coordinator from 2011-2016.

Cowboys to get Ezekiel Elliott more involved in 2017
Dallas Cowboys running back Ezekiel Elliott led the NFL in rushing last season despite playing in just 15 games (and only played a few series in one of those games), but he could be in for an even bigger year in 2017.

Used almost exclusively as a runner last year, owner Jerry Jones said the team is planning on using Elliott more in the passing game as a receiver out of the backfield, according to ESPN's Todd Archer.

Fantasy football players take note: After leading the NFL in rushing as a rookie in 2016, Ezekiel Elliott will do even more in 2017, if Dallas Cowboys owner and general manager Jerry Jones has his way.

“He really is problematic for defenses in the passing game, and certainly every time we can get him the ball, I feel good about it,” Jones said.

"We have a lot of weapons on offense," Elliott said told reporters earlier in the week, addressing whether he'd be catching more passes. "We got a lot of guys that can catch the football, so I don't know if that's exactly going to happen. But it may."

“I just want to work on being a more dominant, second-level runner,” he said during the Reliant Home Run Derby at Dr Pepper Ballpark Monday. “I think a couple of times last year I could’ve been more elusive when I got to the second level. I just want to focus on altering my runs.”

Dallas wanted to make sure they didn't overwork Elliott in his rookie year, and was obviously most valuable as a runner, racking up 1,631 yards and 15 touchdowns on 322 carries. He also caught just 32 passes for 363 yards and a touchdown - and never had more than four catches in a game. Expect that to change this fall.