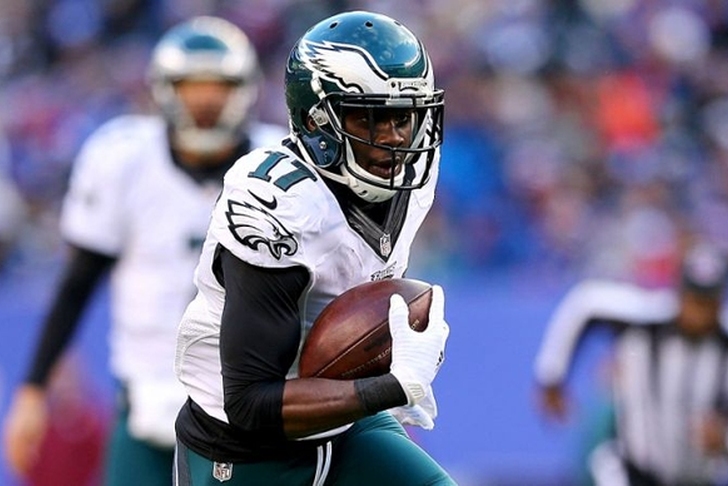 The preseason and training camps are now in full swing for every NFL team. That means a few of the remaining veterans are being signed, sometimes to replace players who went down with injuries. Week 2 of the preseason kicks off tonight, but there are plenty of news and rumors tidbits to get to. With that in mind, here are all the NFL latest news and rumors you need to know.

Agholor to 49ers?
When the Philadelphia Eagles acquired wide receiver Dorial Green-Beckham from the Tennessee Titans, many saw it as a sign that they aren't happy with Nelson Agholor, last year's first-round pick. If the Eagles do made Agholor available for trade, Fansided's Erik Lambert reports the San Francisco 49ers would be interested in acquiring him:

Though he’s a former 1st round pick, he was a clear addition favored by former head coach Chip Kelly and everything the Eagles have done the past few months were driven by an effort to erase his imprint on the roster. Agholor is one of the final big pieces left.

Odds are Green-Beckham was added for depth and potential upside, but there is a chance Agholor may be available and there is an obvious team out there who might be willing to deal for him. The team that Chip Kelly now runs in the San Francisco 49ers.

It’s no secret that team is hurting for help at wide receiver. At present their three best options are Torrey Smith, Quinton Patton and Bruce Ellington. Hardly what one would call a deep and prodigious group. Kelly might be very interested in reuniting with Nelson Agholor considering he spent such a high draft choice on him last year.

It would then become a matter of compensation. Odds are the Eagles won’t keep the price very high since they would clearly want him gone by making him available at all. Perhaps another player exchange or a mid to late round draft pick would do the job. Much of it may end up depending on how well Green-Beckham performs and whether Agholor can adjust to the new offense under head coach Doug Pederson.

Harrison says league has "no credible evidence" in PED investigation
The NFL has said they will suspend Steelers linebacker James Harrison, free agent linebacker Mike Neal and Packers linebackers Julius Peppers and Clay Matthews if they don't meet with the league regarding their investigation into PED claims stemming from the Al Jazeera America report.

Harrison, Matthews and Peppers have all agreed to meet with the league, but Harrison says he doesn't anticipate anything coming from the investigation because the league doesn't have any "credible evidence."

Why'd James Harrison agree to NFL request? Tells me standing up for himself and not submitting "would definitely hurt the team."

Harrison, 38, racked up 40 tackles with two forced fumbles and one interception last season.

In addition to having his legal fees paid, West is asking for a $500,000 contribution to the United Negro College Fund by Bryant and the receiver's counsel, as well as calling for Bryant's countersuit to be withdrawn.

Bryant's counsel from Reed Smith LLP responded to the sanctions filing by asking the court to quash a potential deposition of attorney Kenneth Broughton and bring a protective order based on attorney/client privilege. In court documents, Broughton called it "harassing litigation," designed to deny Bryant proper counsel as well as his day in court.

West initially filed suit against Bryant in June, seeking between $100,000 and $200,000 for damages to a home Bryant rented in DeSoto, Texas, from West after it required nearly $60,000 in repairs. Bryant began renting the 6,400-square-foot mansion in August 2013 from West.

Bryant answered with a countersuit in July, claiming West and David Wells, a former adviser and mentor who has worked with a number of Cowboys in the past, stole more than $200,000 in marketing deals and other arrangements.

Bryant is hoping for a rebound season after injuries limited him to just 31 catches, 401 yards and three touchdowns in nine games last season.