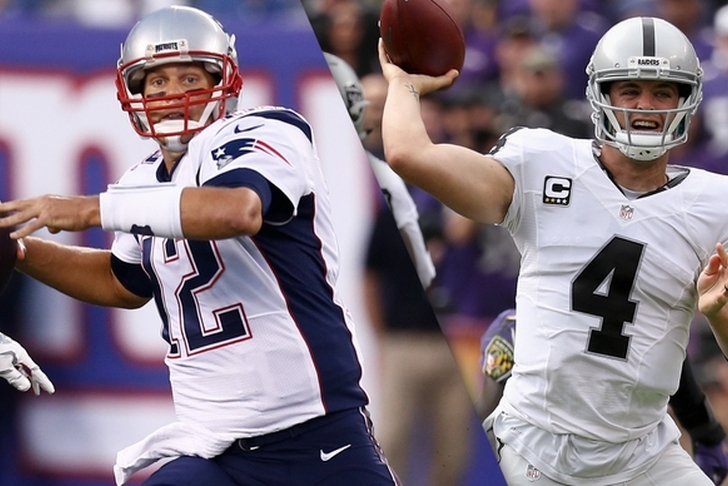 The NFL offseason is in a bit of lull, even though OTAs are now underway for a few teams. However, there are still a few notable free agents left on the market and questions about the futures of two of the league's best quarterbacks. Here are all the latest NFL rumors you need to know.

NFLPA preparing for 2021 lockout?
The NFL last underwent a lockout in 2011, but another one could be on the horizon. The current collective bargaining agreement ends in 2021, and NFLPA spokesman George Atallah told SiriusXM NFL Radio that they are encouraging the players to save money for a possible lockout that year.

"We wound up in a situation where unfortunately [savings] didn't happen across the league as much as it could have happened," George Atallah said. "We need players of every generation to really help the young guys understand what it takes to go through some labor strife. For the players who went through it in 2011, the union administration and player leadership did everything it could to prepare players across the league. I think it needs to happen again with the same sort of fervor."

Atallah acknowledged that the 2021 lockout - if there is one - may last longer than the 2011 lockout (four months) so the players could get more leverage in negotiations. However, he said that players need to be prepared for a long work stoppage if that's going to happen.

Derek Carr again mentioned training camp as a deadline for extension, "won't even pick up my phone" re: contract after that...

Derek said he'll play out his rookie deal if an accord isn't reached by camp, doesn't want it to be a distraction... https://t.co/gdviasqf0W

Tom Brady to retire after 2017 season?
New England Patriots quarterback Tom Brady has repeatedly said that he wants to play well into his 40's, but could his career be over sooner rather than later? ESPN's Adam Schefter told Bleacher Report's "Stick to Football" podcast that Brady may be planning a surprise retirement after this season.

"Will the Patriots risk losing Jimmy Garoppolo? My own sense is no," Schefter said. "They are going to figure out a way one way or another to keep him there — whether that means signing him to an extension, or franchising him, or making it work. We'll see how that plays out. I don't think they are going to lose him. I don't think they want to lose him. I think they recognize how good they think he is — many of us don't know that right now because we haven't seen him play on a consistent basis. They have. They've watched him practice. They've seen him in practice. They know what he is and isn't capable of. They are big believers in him."

"Again, I'd like to say this, Tom Brady, that Super Bowl was 28-3 at one point, and if that game had continued on that course, the offseason would have been dedicated to people talking about is it time to replace Tom Brady with Jimmy Garoppolo? When Tom Brady turned that game around, not only did he win a Super Bowl for the Patriots, he stayed off all the [naysayers] that would have come, I believe if they would have lost that game as decisively and as one-sided as it was at one point in time. He's 40 years old. He's going to be 40 years old this year and he is the greatest quarterback of all-time. None of that is in dispute, and he may play for five or six more years, he may do that, but the chances are he's not going to because nobody has ever done that before.

"I'm not going to challenge the great Tom Brady in any way. I would never challenge that guy ever, but Father Time usually wins that battle. If he can beat Father Time, he's even more incredible than we think he is. We'll see."

In 12 games last year, Brady passed for 3,554 yards with 28 touchdowns and just two interceptions, setting the NFL record for touchdown-to-interception ratio in a single season.