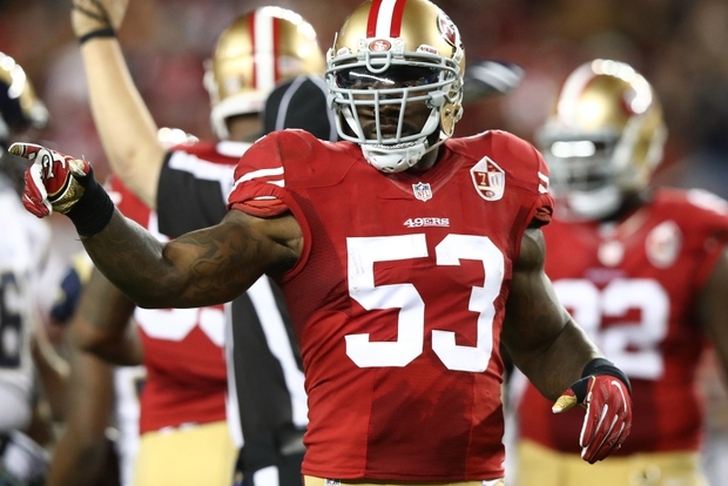 NFL teams have begun preparations for the upcoming year as rookie minicamps have kicked off, and OTAs are right around the corner. However, the biggest news of the day involves Cleveland Browns wide receiver Josh Gordon, as the NFL denied his petition for reinstatement. Gordon has not played in the NFL since Dec. 2014. As we shift our focus back to the field, here are all the latest NFL rumors you need to know.

49ers say NaVorro Bowman is not on the trade block
A report from arose earlier this week that the San Francisco 49ers were openly shopping linebacker NaVorro Bowman, but both general manager John Lynch and head coach Kyle Shanahan say that is not the case.

“The report that we have been shopping NaVorro Bowman is completely false,” Lynch and Shanahan said in a joint statement. “From the time we joined the organization, NaVorro has been the consummate professional. It is evident he has been working very hard to prepare for the upcoming season and we have been impressed by what we have already seen on the field. We are looking forward to NaVorro’s future contributions to this team.”

Bowman had 35 tackles with one sack and one forced fumble in four games last season before tearing his Achilles. He will be 29 next season and is under contract through 2022.

Ravens may sign Victor Cruz
Former New York Giants wide receiver Victor Cruz has already scheduled a visit with the Jacksonville Jaguars, but that is not his most likely landing spot. According to Art Stapleton of the Bergen Record, there is "mutual interest" between Cruz and the Baltimore Ravens.

Cruz caught 39 passes for 586 yards and a touchdown last season, but only had 15 catches over the final nine games of the season.

Tom Savage expected to start for Texans over Deshaun Watson
The Houston Texans traded up to select Deshaun Watson with the No. 12 overall pick in the NFL Draft, but they don't expect him to start immediately. Despite GM Rick Smith saying that Watson and Tom Savage are in a competition for the starting job, John McClain of the Houston Chronicle told PFT Live that Savage will be Houston's starter in Week 1.

"…there is no true competition. Savage is the starter, and he'll remain the starter until injured or proven ineffective during the regular season. So while GM Rick Smith has said Watson will compete for the job, it won't be the typical competition that entails the splitting of first-team reps with a winner announced before Week 1."

Savage took over as the team's starter late in the season for Brock Osweiler, but injury limited him to three games (including two starts). In those games, he passed for 461 yards with no touchdowns or interceptions.