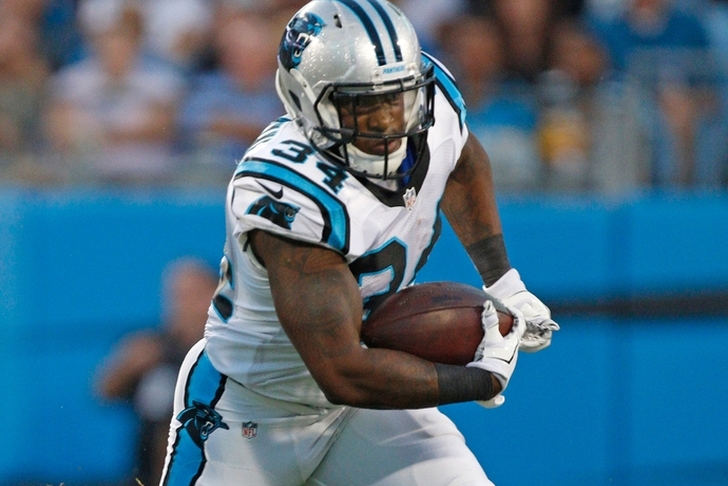 The New England Patriots beat the Houston Texans, 27-0, on Thursday Night Football, and there's plenty of buzz circling around the league ahead of this weekend's games. The injury bug has already hit several teams hard, and teams are scrambling to find ways to replace those injured players. Check out the latest NFL news and rumors below.

Clay Matthews out
The Green Bay Packers' defense will be a bit shorthanded on Sunday, as star linebacker Clay Matthews has been ruled out due to hamstring and ankle injuries. Matthews didn't practice all week and was waiting to see if he could go through the team's workout on Saturday, but ultimately couldn't.

Matthews pulled himself out of the game against the Vikings last weekend with the injuries. Safety Morgan Burnett, cornerback Sam Shields, defensive tackle Letroy Guion and linebacker Datone Jones have also been ruled out.

Matthews has six tackles and two sacks so far this season.

Panthers to start Artis-Payne
The Carolina Panthers will start Cameron Artis-Payne at running back on Sunday over Fozzy Whittaker, reports ESPN's David Newton:

Artis-Payne was inactive for the first two games, but the Panthers consider him more of an every-down back than Fozzy Whittaker, who rushed for 100 yards on 16 carries after Stewart was injured last week against San Francisco.

"For the most part, who we are is not built around one guy," Carolina coach Ron Rivera said Friday. "Jonathan does bring a little something different to the game. There is physicality to the way he plays and runs the ball.

"But Cameron does a nice job. He's a physical style runner. He's not quite Jonathan, but you've got a good mix of guys."

Artis-Payne got 60 percent of the running back carries last season when Stewart missed the final three regular-season games with a knee injury. He had 33 carries for 152 yards and one touchdown in those games.

Starter Jonathan Stewart is out with a hamstring injury, and Whittaker played well in the starting role last week, rushing for 100 yards on 16 carries.

The #Vikings have placed RB Adrian Peterson (knee) on Injured Reserve. They can bring him back in December if he’s ready.

Peterson has a "bucket handle tear" of the meniscus. Backup running backs Matt Asiata and Jerick McKinnon are expected to split carries in Peterson's absence. The duo combined to rush for 1,108 yards in 15 games in 2014, when Peterson missed 15 games.