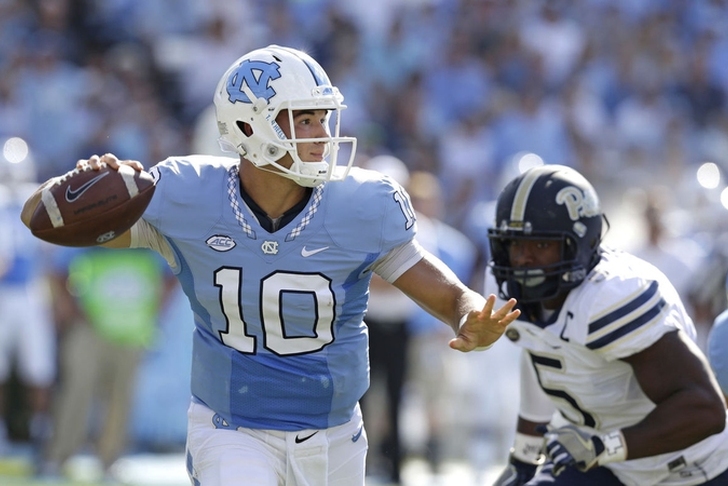 The NFL regular season is nearly over, with many teams are dealing with injuries, and some already looking ahead to the offseason. The playoff push is here for some teams, but those eliminated are at least taking a look at what the offseason could hold. With that in mind, here are all the latest news and rumors from around the league:

Jets Want Mitch Trubisky?
The Jets are trending toward an early NFL Draft selection this year and they might have their eye on someone already: North Carolina QB Mitch Trubisky. Here's what the New York Daily News reports:

"They got their eyes set on the North Carolina quarterback," one rival scout told the Daily News. "The Jets are all over this kid. All over him. They'll probably deny it if you ask, but they love that kid. That's their guy. They're not going to get him though, because I think that kid is going to get over-drafted."

The Jets' interest in Trubisky is a bit of a surprise, since they just took Christian Hackenberg in the second round last year. But that scout might be right about Trubisky not lasting until the Jets' pick. He might be the first QB off the board and the latest Chat Sports' Mock Draft has him going No. 2 overall.

Matt Forte Has Torn Meniscus
The Jets might not have RB Matt Forte next week. It turns out he actually has a torn meniscus.

Matt Forte told me MRI on knee revealed torn meniscus. He suspects he's been playing w/ it all yr. Hopes to play this wk. #Jets

Forte trying to play through the now-known injury is a surprise, but it does make more sense if he's already been dealing with it. If he can't go, the Jets do have RB Bilal Powell who had a very good game against a bad 49ers run defense.

.@AZCardinals have cut WR Michael Floyd. Coach Bruce Arians about to address the media at the end of today’s practice.

Floyd has had a rough season in contract year, struggling with drops and falling down the depth chart. His play meant he might not have been back in Arizona next year even before the DUI arrest. As for what's next, don't rule out the Bucs. They need WR help, already took a risk on WR Josh Huff and current GM Jason Licht was with the Cardinals when they drafted Floyd.

Browns claimed promising rookie RB Darius Jackson on waivers one day after Dallas released him to make room for Darren McFadden, per source.

The Browns, since they are winless, have the top waiver claim. Jackson might not play a lot for Cleveland, since they have Duke Johnson and Isaiah Crowell. But the Cowboys liked Jackson enough to spend a 6th round pick on him after also drafting Ezekiel Elliott. Worst case for Cleveland, Jackson provides some nice depth.