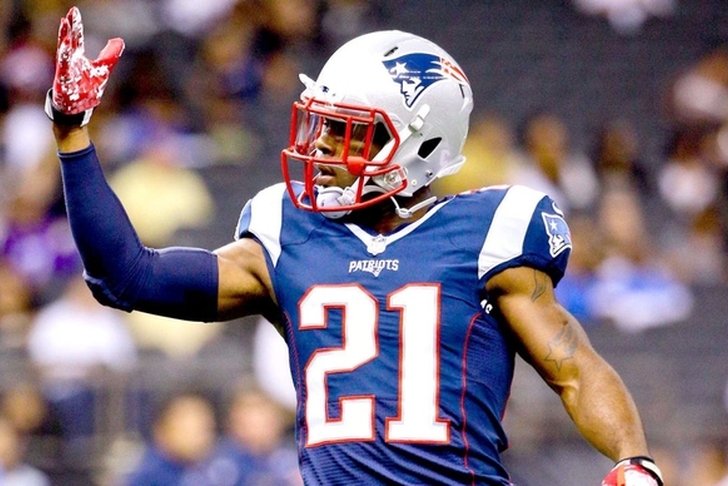 NFL free agency well under away and while most of the big names are already off the market, there are a few notable players still on the market. Trade rumors are also starting to heat up with just over a month until the upcoming NFL Draft. Here are all the latest news and rumors you need to know.

Marshawn Lynch And The Raiders
The Lynch-Raiders rumors aren't going away anytime soon. In face, the buzz around Marshawn Lynch returning to the NFL has never been louder. Here's what a source told Sports Illustrated's Peter King.

"He [Lynch] really wants to play for the Raiders," the source told King. "He also wants to do good things for his foundation in the area. This is a great chance to accomplish both things."

King's report is backed by one from Ian Rapoport.

2 tidbits on Marshawn Lynch: 1. Source on un-retiring says it’s “realer than it’s ever been” … 2. It’s #Raiders or bust. #BeastMode

Now there are some complications to a Lynch deal. For starters, the Raiders (and Seahawks) aren't interested in paying him his $9 million salary next year. Seattle likely wants to get something for Lynch, as opposed to outright releasing him if/when he unretires, but the Raiders don't want to give up much in a trade. A release clears up both issues for the Raiders in terms of contract and draft pick compensation. But by all accounts, the Lynch-Raiders rumors are real. Now, it's just a waiting game.

Malcolm Butler And The Saints
According to Mike Giradi of CSN New England, Malcolm Butler wants to play for the New Orleans Saints. And, it sounds like a deal could happen soon.

Don't read too much into silence on Butler front. Focused on Saints. Parameters of deal mostly in place. Some quibbling over guaranteed $$$

As for compensation for Butler, can't be discussed until he signs tender but both sides know what it will take to get deal done...

The Saints would need to give Butler a massive new contract, plus likely the No. 32 overall pick the Patriots sent to the Saints in the Brandin Cooks trade. That would really make the Cooks trade a swap for Butler, with the Saints also getting a late 3rd rounder. The Patriots also netted a 4th rounder, which will become the final non-compensatory pick in the round.

Zach Brown Visiting Dolphins
The Dolphins went out and added Lawrence Timmons earlier in free agency and they might not be done making moves at linebacker yet. The Orlando Sun-Sentinel reports the Dolphins are bringing in LB Zach Brown for a visit. Brown is coming off a career year with the Buffalo Bills and had previously visited the Oakland Raiders. If the Dolphins added Brown, it would likely results in the release of Koa Misi. He's struggled to stay healthy and is due $4.2 million in salary next year.

1 of the top FAs -- #Giants DT Jonathan Hankins -- has tried for weeks to beat NYG's standing offer. Hasn't done it yet. They want an answer

Hankins reportedly wanted a deal upwards of $10 million per year, but perhaps unsurprisingly, has yet to get that type of offer. The longer Hankins goes without signing, the more likely it is he returns to New York.