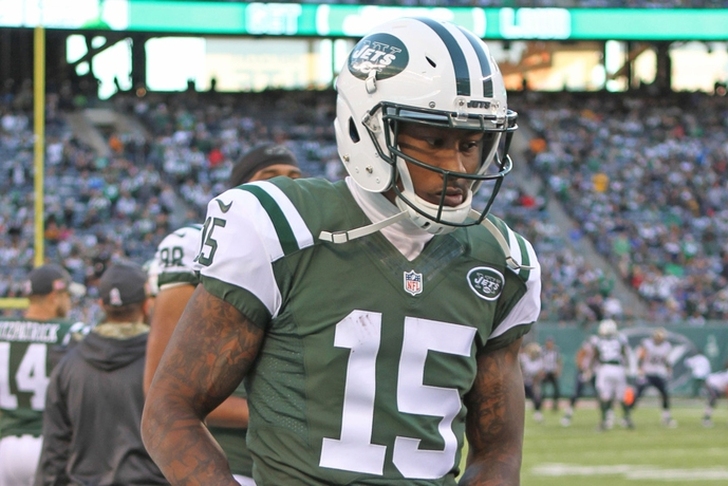 Week 12 of the NFL season concluded on Monday night with the Green Bay Packers getting a 27-13 win over the Philadelphia Eagles. As we approach the final month of the season, many teams are dealing with injuries, and some are looking ahead to the offseason. Here are all the latest news and rumors from around the league:

Marshall uncertain about future with Jets
New York Jets wide receiver Brandon Marshall has said that he wants to retire as a member of the Jets, but he may not get that luxury. According to ESPN's Rich Cimini, the Jets may decide to part ways with Marshall in the offseason:

One of the New York Jets' toughest offseason decisions will be what to do about Brandon Marshall.

He's not the elite player he was last season, but he's still a starting-caliber wide receiver. Thing is, age (33 next year) and salary ($7.5 million) have to be considerations, along with the team's emerging talent at wide receiver.

"Physically, I feel like I can play well into my mid-30s," he said. "So, obviously, no plans on retiring and no plans on switching teams. I'd love to stay here and retire as a Jet."

Marshall has been nagged by a foot injury for most of the season, but he said his body hasn't felt this good in four years. His numbers are way down from last year's record-setting season, as he has only 43 catches for 601 yards and two touchdowns.

His future could be determined by how the Jets approach the offseason. If they start a youth movement, handing the position over to Quincy Enunwa, Robby Anderson, Charone Peake and Jalin Marshall, he'll be a goner. Marshall didn't want to comment on whether he'd want to stick around for a rebuilding year.

Marshall has one more year on this contract, and said he knows the NFL "is a business." He has caught 49 passes for 668 yards and three touchdowns so far this season.

Browns having quarterback competition
Cleveland Browns have had a revolving door at quarterback this season due to injuries, and are now finally starting to get healthy. Rookie Cody Kessler (concussion) and Robert Griffin III (shoulder) are both expected to return to practice following Cleveland's bye week this weekend, and will join Josh McCown in a competition to be the team's starter for their Dec. 11 game against the Cincinnati Bengals.

Per a source with knowledge of the situation, the league will be considering the possibility of ending, or at least limiting, Thursday Night Football.

The current contract with CBS and NBC runs through 2017, which means that changes to the package could be made by 2018 — barring a renegotiation.

The league realizes that, with every team playing once on a short week each season, many of the Thursday games necessarily will have reduced appeal. Adding extra prime-time games to the Sunday/Monday inventory also has created a sense that the league has saturated the marketplace with stand-alone evening games.

Options include (but aren’t limited to) getting rid of Thursday games completely and possibly starting the package at Thanksgiving and continuing it through the end of the season, with games likely to generate broad interest selected in April for November/December programming.

This week's Thursday night game is between the Minnesota Vikings and Dallas Cowboys.