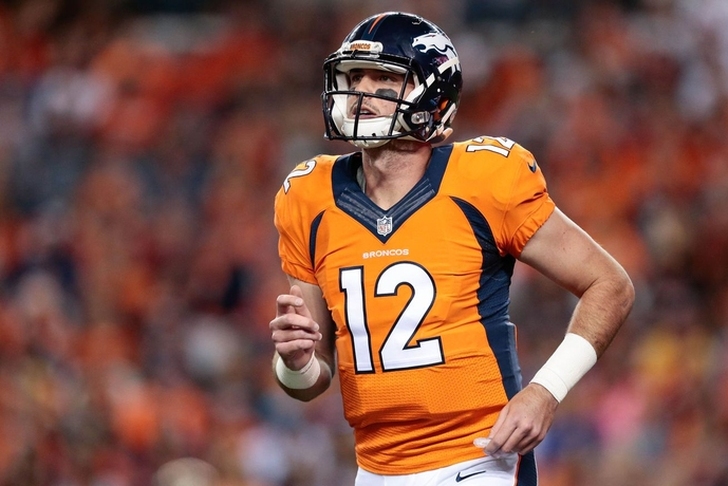 The final week of the NFL pre-season kicks off tonight with the Tampa Bay Buccaneers set to host the Washington Redskins, and as the days are dwindling down before the start of the regular season, there is plenty of buzz going around the league. Check out the latest NFL news and rumors below.

Broncos have Lynch on "fast track"
The Denver Broncos surprised many by naming 2015 seventh-round pick Trevor Siemian as their starting quarterback over Mark Sanchez, but the job may not be his for long. According to Nick Groke of the Denver Post, the Broncos are preparing first-round pick Paxton Lynch sooner rather than later:

The Broncos used a first-round draft pick on quarterback Paxton Lynch, then told him to wait. They put Trevor Siemian and Mark Sanchez through a ringer to decide on a starting quarterback. But the competition will not stop when the season starts.

Lynch is on a fast track, Broncos coach Gary Kubiak said Tuesday. And Denver is pressing the 22-year-old rookie from Memphis as much as he can be pushed.

“As fast as we can get it,” Kubiak said. “You never know what’s going to happen. I want to see him consistently improve. He’s going to play a little faster and see if he can take another step.”

Lynch is expected to play the entire preseason game against the Cardinals on Thursday.

Kaepernick latest
49ers quarterback Colin Kaepernick has made headlines for his decision to sit during the national anthem to protest racial injustice in America, and he is feeling the consequences of doing so. A consultant for the 49ers, Dr. Harry Edwards, has been a mentor for Kaepernick, and told the San Francisco Chronicle that Kaepernick's reaction to his act is "more akin to that of a man suddenly becoming aware his house is on fire."

Colin Kaepernick absolutely has a constitutional right to express his opinion on the politics of diversity in America. He is courageous, well informed and steadfast in his position. He is evolving through an awakening and (perhaps) really understanding for the first time (given his background) the true depth and scope of the history of anti-black racial hatred and injustice in America. And because it appears to have come to him through self-education as a jarring awareness and stark reality, his response seems more akin to that of a man suddenly becoming aware his house is on fire than the result of a deliberately crafted articulation of a considered political position.

Kaepernick is expected to start and play the entirely of San Francisco's preseason game against the Chargers on Thursday. Even though he appears to have lost his starting job to Blaine Gabbert (again), the 49ers do not plan to cut him.

Vikings bringing back Sorensen
With the news that Teddy Bridgewater will miss the rest of the season with a dislocated knee and torn ACL, the Vikings are re-signing quarterback Brad Sorensen, who they cut earlier in the week.

Free agent QB Brad Sorensen, recently waives by the #Vikings, is flying back in tomorrow to re-sign, source said.

Sorensen will be the backup to Shaun Hill in Bridgewater's absence, with undrafted rookie Joel Stave likely serving as the third-sting option.