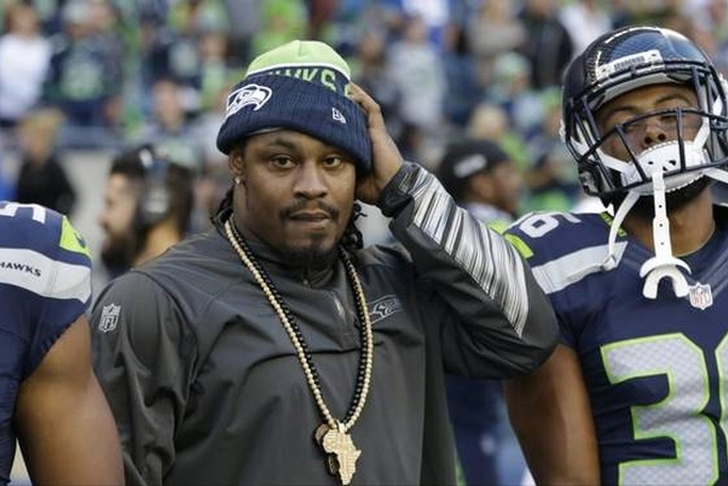 The NFL regular season got started in spectacular fashion last night, as the Denver Broncos held on to beat the Carolina Panthers, 21-20. As the rest of the league gets ready for their opening games this weekend, there are plenty of news and notes swirling around the league. Check out the latest NFL news and rumors below:

Lynch considering NFL return?
Former Seattle Seahawks running back Marshawn Lynch announced his retirement this offseason, but he may not be away from the game from long. According to Mike Florio of Pro Football Talk, Lynch is considering making a comeback this year:

Per a source with knowledge of the situation, Lynch is currently “up in the air” about returning to the NFL. The source said that Week Four or Week Five could be the hot spots for a possible unretirement.

The Seahawks still hold Lynch’s rights, since he was placed on the reserve-retired list. If he files the appropriate paperwork necessary to end his retirement, the Seahawks will have to decide whether to welcome him back onto the active roster, to trade him, or to cut him.

If he returns before the trade deadline, which comes on the Tuesday after Week Eight, Lynch would become a free agent, if released. After the trade deadline, he would pass through waivers, if the Seahawks cut him. (Obviously, at that point they couldn’t trade him.)

Lynch has a $9 million salary; the prorated amount of it would hit the team’s salary cap, if he’s reinstated to the active roster. The Seahawks have, by all appearances, moved on; however, the team’s won-loss record and overall effectiveness of its offense will surely be factors in whatever decision the team makes.

Gronk to miss opener?
Jimmy Garoppolo will be making his first start for the New England Patriots on Sunday in Tom Brady's absence, and now, that start might be a little bit more difficult for him. According to NFL.com's Conor Orr, tight end Rob Gronkowski may not play in their opener against the Arizona Cardinals:

The league's best tight end expressed his uncertainty on Sunday -- as much as Gronkowski expresses anything -- when asked by reporters if a hamstring injury would sideline him against one of the league's premier defenses.

"I want to be out there so badly to help my team," Gronkowski said, via NFL Network's Courtney Fallon. The tight end was limited Thursday at practice.

As NFL Network Insider Ian Rapoport noted, Sunday is certainly not a guarantee. Gronkowski injured his hamstring a little more than two weeks ago during a joint practice with the Bears, causing the Pro Bowler to yank himself from practice. Obviously, the team was overly cautious with their top offensive weapon and kept him from practice. There's a chance they will continue to take the safe route with Brady waiting out his suspension, especially given that Gronkowski is publicly admitting he's not 100 percent.

Gronkowski caught 72 passes for 1,176 yards and 11 touchdowns in 15 games last season. They play the Cardinals at 8:20 pm ET on Sunday Night Football on NBC.

Broncos tried to trade for Keenum
Trevor Siemian made his first career start last night while leading the Broncos to a victory, but it was almost LA Rams quarterback Case Keenum under center for Denver. According to NFL Network's Ian Rapoport, Denver was close to trading for Keenum before ultimately backing out:

If not for a few twists and turns last month, it could have been Case Keenum starting for the Denver Broncos in the Super Bowl 50 rematch with the Carolina Panthers.

Denver kept tabs on Keenum during the preseason, going as far as to conduct trade talks with the Los Angeles Rams, NFL Network Insider Ian Rapoport reported, via a source informed of the discussions.

The Rams would have required a "huge pick or player compensation" to move their Week 1 starter, Rapoport added, but the Broncos never offered a high enough draft pick or a talented cornerback such as Aqib Talib or Bradley Roby.

Once Siemian showed enough in training camp and preseason action to instill confidence in Denver's coaching staff, though, the Broncos pulled the plug on trade talks.

Denver's quarterback situation was one of the more intriguing topics around the NFL during the offseason. After Peyton Manning retired, backup Brock Osweiler opted to sign with the Houston Texans. The Broncos then traded for Mark Sanchez, but he was cut after he lost the starting job to Siemian, who passed for 178 yards, one touchdown and two interceptions against the Panthers.

Keenum played for Broncos head coach Gary Kubiak while he was coaching the Texans, and started five games for the Rams last season, passing for 828 yards, four touchdowns and one interception. Los Angeles opens their season on Monday night at 10:20 pm ET on ESPN against the San Francisco 49ers.