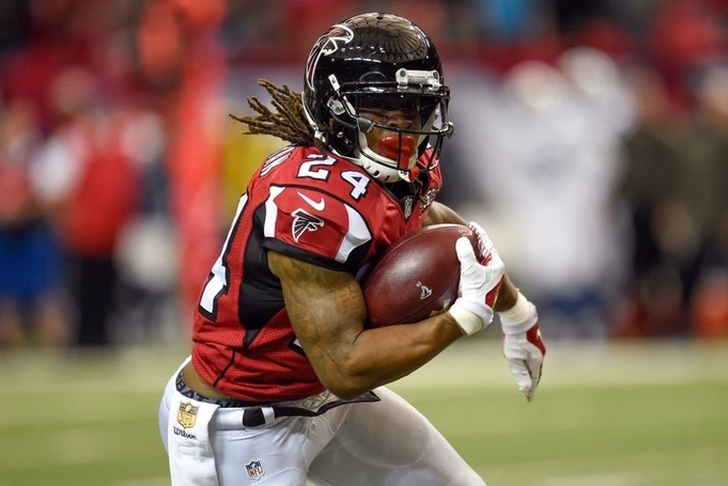 The NFL offseason is nearly over, as training camps get underway. That means the rumor mill will start to heat up again and there's also the matter of players dealing with injuries. Here are all the latest NFL rumors you need to know.

Zach Orr Visiting Texans
Now that Zach Orr has elected to not retire after all, he's taking visits with several NFL teams. Next up on the list is the Houston Texans.

The Texans have Brian Cushing and Benardrick McKinney back at ILB, with second round pick Zach Cunningham joining the fold. Cushing is aging, but McKinney and Cunningham would appear to be the long-term options at the spot. Orr played in 15 games for the Baltimore Ravens last year, Ravens racking up 133 tackles, three interceptions, two fumble recoveries and a forced fumble.

Devonta Freeman Extension
The Falcons are focused on extending the contract of RB Devonta Freeman. In fact, they might get that deal done in the near future.

Thomas Dimitroff said the focus this week is negotiations with Devonta Freeman's camp. Would like to have deal done by Thurs but not certain

The former fourth round pick is entering the final year of his contract. He's racked up over 1,000 yards and posted 11 TDs in each of the last two years on the ground. He also brings pass-catching ability, shown by his 462 yards and 2 TDs.

Latest Injuries And Players Placed On PUP List
Training camp is about to begin, but that means many notable players are still in the process of rehabbing and recovering from previous injuries. As a result, several of those players are getting placed on the physically unable to perform list to start the preseason. The players can be taken off the list before the preseason ends and almost all are expected to be removed. Some of the notable players are listed below.

Andrew Luck
The Colts are putting Luck on the PUP list to open the season. He underwent shoulder surgery this offseason and has had no setbacks in his recovery. The expectation remains Luck will be good to go before the season.

Vikings Players
Latavius Murray is heading to the PUP list, while DT Sharrif Floyd is heading to the NFI list. Murray underwent ankle surgery after signing a three-year, $15 million deal with Minnesota. He was supposed to be ready to go for training camp and this looks more precautionary than anything. Floyd has a knee issue that needed surgery, but is also trying to recover from nerve damage suffered during a surgery this offseason. It's unclear when Floyd will be healthy enough to return. QB Teddy Bridgewater is expected to be placed on the PUP list, but that hasn't happened yet.

Takk McKinley
The Falcons first round pick had shoulder surgery in March and the Falcons won't rush him. GM Thomas Dimitroff said the Falcons will easy McKinley into things. He'll be limited at the start of training camp, with the hope he's fully up to speed for Week 3 of the preseason.

Saints Players
The Saints will be without two key offensive linemen to start the preseason. Sean Payton told reporters that C Max Unger and LT Terron Armstead will start the preseason on the PUP list. Unger should be ready to start the season as he recovers from a foot injury. However, Armstead likely won't be as he recovers from a shoulder injury that is expected to cost him at least a portion of the season. In his absence, rookie OT Ryan Ramczyk could get the starting nod.