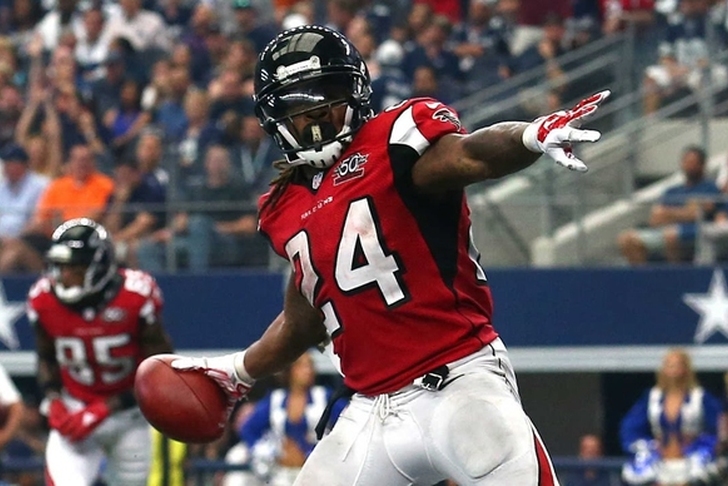 NFL teams have started preparations for the upcoming year as OTAs are now underway for a few teams. While there are still several big name free agents left unsigned, the top rumors today are on injuries and contract extensions. Here are all the latest NFL rumors you need to know.

Falcons confident they will sign Devonta Freeman to contract extension
Atlanta Falcons running back Devonta Freeman has been very vocal about his desire to be paid like one of the best running backs in the league, and the Falcons want to keep him around. According to Jeremy Bergman of NFL.com, Atlanta is "confident" they'll be able to sign him to an extension.

Ahead of the Super Bowl, NFL Network's Michael Silver reported that Freeman's agent claimed the back deserved "elite pay," a comment that, due to its timing and confidence, seemed to anticipate a contract struggle coming this offseason before the terms expire in 2018.

With momentum building toward an impasse, in the same vein of DeAndre Hopkins with the Texans last season, Falcons general manager Thomas Dimitroff took to the airwaves to set the record straight regarding Freeman's contract situation.

"Like I've said before, we want him here and he's a very important part of our organization. Contrary to what people were saying around the Super Bowl time with what came out, we're ready in the relatively near future to have some discussions with their representation," Dimitroff told Adam Schein on Schein on Sports. "Devonta, he's a really good guy, he's really -- as far as his personality -- he's so hyper competitive. ... He's an urgent, angry runner, which we want and we know is important for us. We want him to be around for years to come and we're confident that we'll be able to get it done."

Agent says Tom Brady didn't suffer concussion in 2016
Tom Brady's wife, Gisele Bundchen, said in an interview on CBS This Morning that the New England Patriots quarterback suffered a concussion last season, but his agent told ESPN's Adam Schefter that is not the case.

"Tom was not diagnosed with a concussion last year," Yee said. "Many of the protocols and safeguards still are evolving, and it's obviously a good thing the organization and everyone close to him is vigilant and always looking out for his health."

Brady never reported concussion symptoms to the team's medical staff during the season. In 12 games, he passed for 3,554 yards with 28 touchdowns and just two interceptions.

Seahawks plan to run more in 2017
After a 2016 season in which the Seattle Seahawks ranked 25th in the league in rushing and quarterback Russell Wilson set a career high for pass attempts, head coach Pete Carroll told 710 ESPN Seattle that the team will run more this season.

"We definitely will," Carroll said. "We lost 100-something runs last year. And that was basically the story. That was basically the tale of why everything came about as it did. The defense had to do some more stuff. We had to throw the ball more. We had to pass protect more and all of that because the running game got knocked up.

"With the quarterback being a mess and the running-back situation, everybody being banged up, we were just unable to find it. So I think we'll come roaring right back at it."

Christine Michael was Seattle's leading rusher with 469 yards and six touchdowns, but was released after nine games and finished the season with the Green Bay Packers.

Thomas Rawls finished the season as the starter after missing the first half of the season due to injury. He will be joined in the backfield by Eddie Lacy in 2017, who was Seattle's biggest free agency signing.