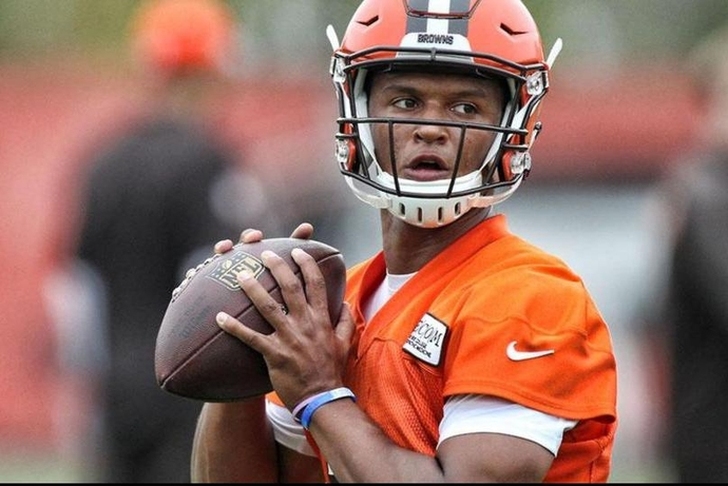 DeShone Kizer likely to start for Browns at some point this season
The Cleveland Browns are going into the 2017 season with a competition at quarterback (again), though Cody Kessler is expected to be the team's Week 1 starter. Rookie DeShone Kizer looks set to start the season as the backup, but Mary Kay Cabot of Cleveland.com reports that Kizer will likely start at some point this season.

In rookie minicamp and the first week of organized team activities, Kizer demonstrated superior physical skills to the other quarterbacks in regards to arm strength and mobility. If he can combine that with a grasp of the offense and an ability to read defenses, he'll be right in the mix for a chance to start on opening day. It will largely depend on if the Browns want to take their time with him, or throw him into the fire. But he's very smart, and is picking up the offense quickly. I think he'll either start immediately, or early on in the season.

With two first-round picks and three second-rounders, the Browns need to know if he can be their QB of the future. Kizer needs to play, and he will. Another thing to consider: the Browns have three tough AFC North games in their first four. Do they want a rookie during that stretch or a more experienced QB?

Kizer, who has been getting personal coaching from Browns head coach Hue Jackson, passed for 2,925 yards with 26 touchdowns and nine interceptions for Notre Dame last season while rushing for 472 yards and eight more touchdowns.

He was full-go in the rain, which speaks volumes in itself. Granted, it’s an offseason workout, but there were no kid gloves for the tight end, who underwent back surgery on Dec. 2.

He looked good reaching to make catches, be it from Brady, Jimmy Garoppolo or Jacoby Brissett. He ran pretty well. He didn’t appear hampered in any way, although at one point, he did need to get down and do a plank to apparently stretch his back.

“He looks like Gronk,” said offensive coordinator Josh McDaniels, providing his assessment of the tight end after seeing him in several OTA sessions. “We haven’t got into a big evaluation. He’s involved in everything.”

Unlike past OTAs, he didn’t take any drills off. He did everything, and performed well. Gronkowski has been telling people he’s felt good during various stops. After missing the latest championship, although he did cheerlead from the sidelines, Gronkowski vowed to be a part of the next one with his teammates.

Cowboys not expected to pursue trade for Richard Sherman
The Dallas Cowboys placed a focus on defensive backs in the draft, picking four over the course of the first six rounds, but they still have questions at safety and about their cornerback depth that they still want to address.

Dallas was linked to Seahawks cornerback Richard Sherman earlier this offseason when he was placed on the trade block (Sherman said he wanted to play for the Cowboys or Patriots), though nothing ever materialized. Now, ESPN's Todd Archer reports that there is essentially no chance the Cowboys make a trade for Sherman.

Stephen Jones likes to say player acquisition is 365 days a year, 24 hours a day. He also likes to say, “Never say never.” This falls into the “never say never” category when you’re actually saying never. Well, not never, but put the possibility of it happening at 1 percent.

Nobody wants to listen, but the Cowboys have made their intentions clear in free agency: They will not pay big money. The same holds true for a potential trade. If they are going to pay significant money to anybody, it will be to players they know.

Sherman will play at AT&T Stadium this season, but just once when the Seahawks visit on Dec. 24.

Seattle general manager John Schneider said the team is pretty much past the point of trading Sherman, but didn't shut the door on listening to offers. However, one does not appear to be coming from the Cowboys.