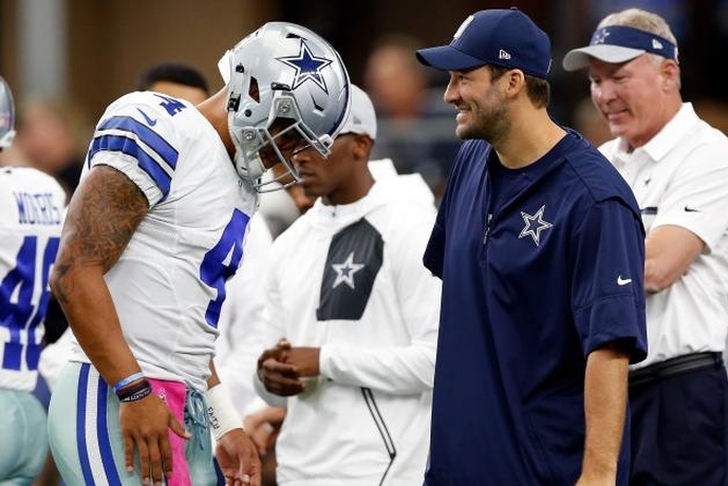 The 2016 NFL season is in full swing with the bulk of the Week 6 games complete. The season is still nearing its halfway point, and as a result, injuries are piling up for several teams throughout the league. From signings to ongoing position battles, here is everything you need to know from around the league:

Kaepernick to keep starting job
Colin Kaepernick was rather unimpressive in his first start of the season for the San Francisco 49ers, completing just 13/29 passes for 187 yards and one touchdown with no interceptions, but he will get a second chance. Head coach Chip Kelly said Kaepernick will start next weekend against Tampa Bay:

Kelly on Kap: "There's room where he can grow. We're encouraged by a lot of things he did yesterday & we'll continue to build upon that."

Prescott to keep job over Romo?
Tony Romo is expected to return during the Dallas Cowboys' bye week this week, raising the question as to if he will get his starting job back from Dak Prescott, who has led Dallas to a 5-1 record. Team owner Jerry Jones has maintained that Romo will be the Cowboys' starter when he returns, but after Prescott led them to a win over the Packers on Sunday, Jones changed his tune."

“I wouldn’t say unequivocally anything – other than we just beat the Green Bay Packers in Green Bay,” Jones said when asked about the quarterback going forward.

The fact Jones switched his public stance from Romo to neutral certainly means something and shows the team is giving much more though to keeping Dak as the starter. As for former Cowboys quarterback and current FOX analyst Troy Aikman, he told the Dan Patrick Show that he thinks Prescott has won the job going forward:

"Can he win the job? I think he has won the job," Aikman said. "To get the momentum and confidence that this team is currently playing with is hard to do. Why they would risk disrupting the momentum that they have is beyond me, and I don't think that they will," Aikman said. "Every test that [Prescott has] been given he has passed with flying colors, and I can't imagine him not being the guy. I don't know how you sell that to the rest of the club when you're playing the way that they are.

"There was a time just a couple of weeks ago that I thought when Tony was healthy, they would go back to him, but that was before they played Cincinnati last week," Aikman said. "And I think most people, me included, felt that, 'OK now he's going to play a really good team, a perennial playoff team in Cincinnati.' He passed that test, they played great, they embarrassed Cincinnati defensively. And then they have to go on the road against the Packers in Lambeau and these are going to be some tests. Not only will we get an idea of where Dak is, we'll get an idea of just where this team is. And they dismantled Green Bay."

Prescott has passed for 1,486 yards and seven touchdowns and just one interception so far this season, while rushing for 67 yards and three more scores.

Bryant to play next game
In other Cowboys news, wide receiver Dez Bryant told Jane Slater of NFL Network that he plans to return in Dallas' next game against the Eagles:

As Dez Bryant walks off field he finds me and tells me "Don't have to ask me anymore, I'm good...playing against Philly"

Bryant, who has 11 catches for 150 yards and a touchdown this season, has missed the last three games with a knee injury.