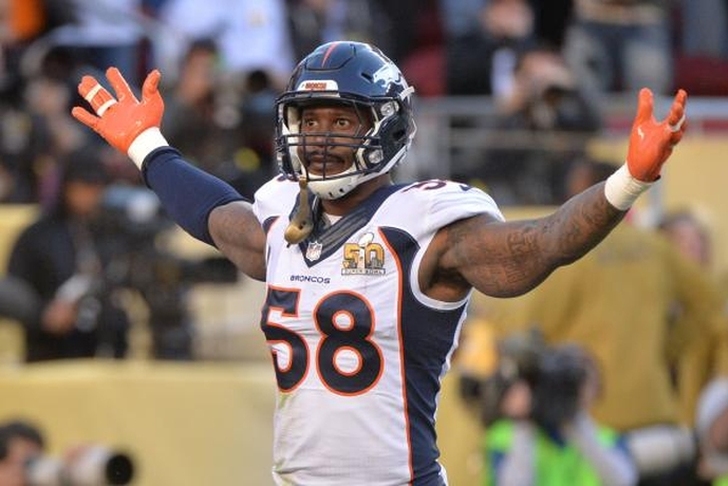 Von Miller takes shot at John Elway
Broncos linebacker Von Miller hasn't been happy with his contract negotiations with the team, and he took a shot at general manager John Elway on Instagram by chopping him out of a photo.

#Repost @demarcusware ・・・ One of those forever memories ...

The decision to crop Elway out was intentional, according to ESPN's Adam Schefter. Here's the original picture that was posted by teammate DeMarcus Ware, which included Elway:

One of those forever memories ...

Keenan Allen played three seasons under a rookie contract that did not reflect his abilities.

His new contract will.

The Chargers wide receiver agreed in principle Friday to a four-year extension worth more than $11 million per season, a source said. The deal ensures that both he and quarterback Philip Rivers will be under team control through at least the 2019 season. Allen's contract runs through 2020.

Allen led the NFL with 67 catches through eight games this season cut short after suffering a lacerated kidney in their Week 8 loss to the Ravens. He finished with 725 yards and four touchdowns.

Manziel is being sued after causing about $32,000 of damage to a LA rental home after two days of partying.