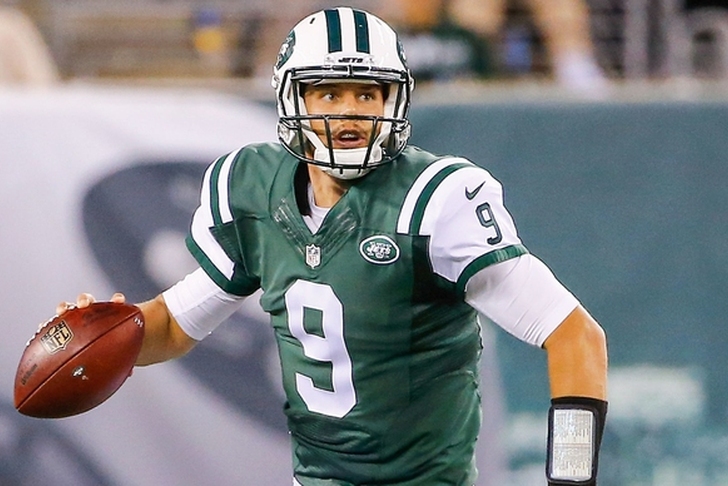 Week 10 of the NFL season started on Thursday, with the Carolina Panthers picking up a needed 23-20 win over the New Orleans Saints. As we head towards the rest of this weekend's games, there are plenty of news and rumors swirling around the league involving injuries and players that may or may not be available. Here are the latest you need to know:

Bowles concerned Jets will "quit" with Petty as starter
The New York Jets have fallen well short of expectations this season with a 3-7 record, and many assumed they would use their bye week this week to help prepare second-year quarterback Bryce Petty to start the remainder of the season so they can evaluate him. However, according to Manish Mehta of the New York Daily News, head coach Todd Bowles is reluctant to name Petty the starter because he feels like the rest of the team will quit on the season:

There are rumblings on One Jets Drive that Bowles is concerned his team will check out if he plays the second-year signal caller against the Patriots on Nov. 27. There's little debate that Ryan Fitzpatrick is better than Petty and rookie Christian Hackenberg, but it's fair to question the logic of playing a veteran quarterback who won't be back next season for a 3-7 team that’s already out of the playoff picture.

The cold harsh truth is that Petty, for all the improvements that he's made since entering the league from Baylor's spread system, still has a very long way to go before gaining faith from the organization. Eye witnesses in practice believe Petty is still so far behind Fitzpatrick and that Bowles would lose credibility with his players if he went with the inferior signal caller with six games left in the season.

Petty has appeared in two games this season for the Jets, completing 21/34 passes for 182 yards, one touchdown and one interception.

Jets to part ways with Revis and Richardson after season?
More uncertainly involving the Jets center around the futures of defensive lineman Sheldon Richardson and cornerback Darrelle Revis with the franchise. According to NFL.com's Kimberly Jones, New York would be willing to part with both players after the season:

[GM Mike] Maccagnan would not comment directly on the future of Sheldon Richardson with the Jets, and he would not confirm reports that the team shopped Richardson at the trade deadline.

Maccagnan sent mixed signals when asked about Darrelle Revis, who recently told Newsday that his "body's breaking down" and told the Daily News that he is "old."

"There are probably plays that if you ask [Revis], he'd probably like to have back," Maccagnan said. "There are times where there are glitches in his play, but he has played well at times this year."

Revis is owed a guaranteed $6 million next year. Leaving Wednesday's media session with Maccagnan, there was definitely the feeling that the Jets would be willing to part with both Richardson and Revis, two former first-round picks, after the season.

Richardson has 41 tackles with 1.5 sacks this season, while Revis has 38 tackles.

A league source tells PFT that Jackson expects to play Sunday despite a shoulder injury that caused him to miss last week’s game.

Although he’s been termed a game-time decision, Jackson is feeling good enough today that he expects that he can go tomorrow.

Jackson has 30 catches for 416 yards and a touchdown this season.