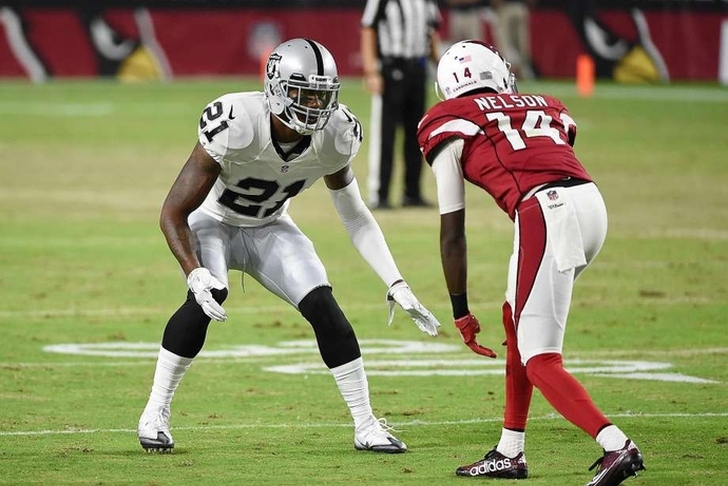 The NFL preseason is officially underway with the Hall of Fame Game in the books and the first full week of the preseason. That means the NFL rumor mill is starting to really pick up with various roster moves, holdouts, extensions and injuries. Here are all the latest NFL rumors you need to know:

Jarvis Landry Investigation
It's been a bit of a rough week for the Miami Dolphins, with Ryan Tannehill's injury and now the reveal of an investigation into WR Jarvis Landry.

Andy Slater, a Miami radio host, broke the news early Monday morning that Landry is under investigation for battery against his girlfriend. The incident took place earlier this year, with Slater saying Landry was accused of using his feet, hands and teeth as weapons against his girlfriend. Landry's girlfriend has not been cooperative with police and they've elected to pass the case to the Broward County State Attorney's Office. Slater reports that a decision on charges aren't expected this week.

Landry's girlfriend issued a statement about the incident, saying she was not physically harmed.

The Dolphins are aware of the incident, but didn't provide any other comment. Landry is in the final year of his contract.

"The Steelers are hopeful wide receiver Martavis Bryant will be fully reinstated and return to practice this week after he met all the requirements asked by the NFL," Gerry Dulac of the Pittsburgh Post-Gazette writes. "Bryant has been at training camp, attending meetings and was with the team for practice Sunday night at Heinz Field. But he has not been allowed to work with his teammates because he had not fulfilled all requirements, which included arranging clinical sessions, following his one-year suspension."

Bryant missed all of last year, but when he's been on the field, he's been a dynamic WR. He joins a group of WRs that is headlined by Antonio Brown and features second round rookie Juju Smith-Schuster, Justin Hunter, Sammie Coates, Eli Rogers and Darrius Heyward-Bey.

Sean Smith Getting Fewer Reps
Last year, CB Sean Smith was one of the Raiders' splashy free agent additions. Now, Smith is falling down the depth chart in training camp. Smith has been working with the second team defense. Michael Gehlken of the Las Vegas Review-Journal reports that T.J. Carrie is working as the No. 2 starter, with UDFA rookie Breon Borders working in the slot. That left Smith on the second-team defense, although he did get work as a linebacker in dime packages. And that doesn't include first round rookie Gareon Conley, who is out with an injury.

"We’re just rolling a few of the guys through there and making it ultra-competitive," head coach Jack Del Rio said. "… I told the guys when we opened (camp), ‘I don’t care how you got here. It doesn’t really matter if you’re undrafted, a high pick, a low pick or if you weren’t picked or if you’re a veteran.’ Certainly a veteran, we’ve seen a certain amount before, but still we want to make it competitive. We want to make the competition real. That’s what we’re having."

That's a steep fall for Smith, who signed a four-year, $38 million deal last year. The Raiders probably won't cut Smith, because it only saves them $250K in cap space. However, if Smith has another down year, his roster spot next year will be in doubt. There's no guaranteed money after the first two years, making it easy to cut Smith.