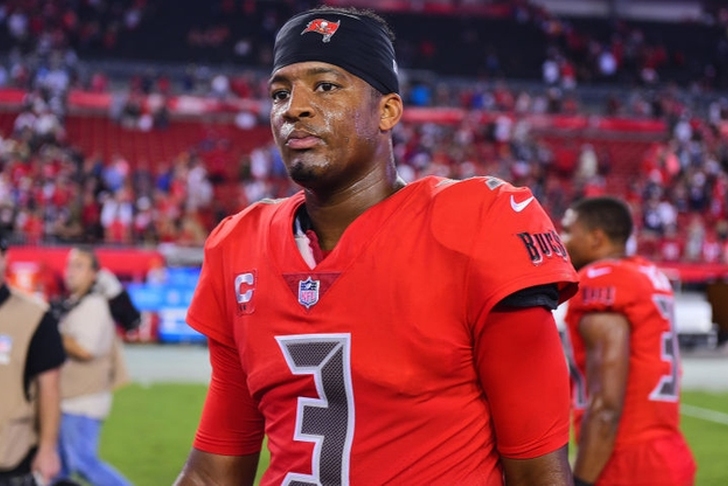 The NFL offseason is upon us and there are a ton of rumors buzzing around now. Today is filled with juicy stories surrounding a former first overall pick, a top wide receiver trade discussion, and an NFC South team overhauling their wide receiver position. Here are the top news and rumors around the NFL today you need to know:

Jameis Winston Cited For Careless Driving
Last week Tampa Bay Buccaneers quarterback Jameis Winston was involved in a car wreck in which he was cited for careless driving. Winston and the driver of the other car were not injured.

According to Tampabay.com, Winston was driving on the Veterans Expressway in northwest Tampa on Feb. 13 when his Ford F250 truck rear-ended a Subaru Forester operated by Tyler Stepka of Lutz, a Florida Highway Patrol report stated.

Winston faces a $153 fine, causing $4,000 worth of damage. Winston shouldn't face any discipline from the NFL.

The Titans were the first team Rapoport spoke about, while the other three teams were simply murmured. Titans GM Jon Robinson has not been afraid to make big moves since taking over in 2016. The Titans have shown they want to build around franchise quarterback Marcus Mariota with their first-round selection of wide receiver Corey Davis in the 2017 NFL Draft. Perhaps now the Titans will look to add Landry who led the NFL in receptions with 112 last season.

The Bears and Panthers need help at the wide receiver position as well, however, from the tone of Rapoport's voice it didn't seem likely for Landry to be going anywhere besides Tennessee if indeed he is traded.

Newton writes the only wide receivers who should feel safe about their job are; Devin Funchess, Curtis Samuel, and Damiere Byrd. Funchess was the teams top wide receiver in 2017 after the Panthers traded Kelvin Benjamin to the Buffalo Bills in early November. Samuel was drafted in the second round of the 2017 NFL Draft, but his season was filled with injuries. Byrd is only a deep threat that is hit or miss every game.

There are a few top free agent wide receivers targets, however, there isn't a ton of talent at the wide receiver position. Will the Panthers go after free agents, make a trade, or invest in young players in the 2018 NFL Draft? Only time will tell, but it looks like the Panthers wide receiver corps will be much different in 2018.