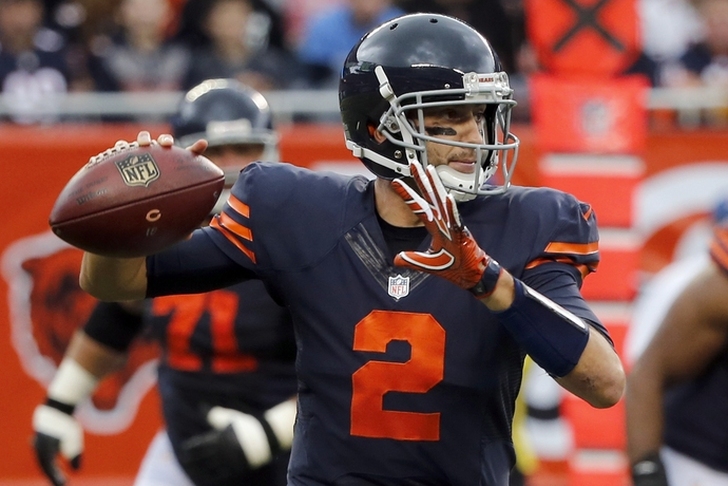 Another crazy NFL weekend wraps up tonight with the Vikings hosting the Giants, and several happenings from yesterday's games will likely impact the rest of the season. From the latest injuries and signings to ongoing position battles and off-field incidents, here is everything you need to know from around the league:

According to the police report, obtained by TMZ Sports, the 27-year-old had put his backpack through the X-ray machine at Miami International when TSA workers noticed a loaded firearm.

Bradham told workers he forgot the gun was in the bag -- and showed officials his concealed weapons permit.

Officials say "it was clear that there was no criminal intent on his part" -- but say they could not just cite and release Bradham since he's still out on bond stemming from a July assault case.

Bradham was taken into custody and booked for a 2nd degree misdemeanor concealed weapons charge. He was released from custody later that day on a $500 bond.

The team released the following statement:

“We are aware of the report regarding Nigel Bradham. We have been in communication with Nigel and the authorities regarding the situation. As it is a pending legal matter, we will have no further comment at this time.”

The Eagles were on a bye this weekend. Bradham has 10 tackles with an interception this season.

Hoyer to keep Bears starting QB job?
Chicago Bears quarterback Jay Cutler is expected to return from the thumb injury this weekend, but he may not get his starting job back. According to Chris Emma of CBS Chicago, head coach John Fox said Brian Hoyer will likely remain the starter:

"Our plans moving forward are for Trevor to be there Sunday (against the Falcons) and be ready to go, but he's day to day," Kubiak said. "I think I’m just going to take it one day at a time and see what (Head Athletic Trainer Steve Antonopulos) says [Monday]."

Siemian will likely miss practice time to help him heal. Lynch, Denver's first-round pick this season, threw for 170 yards and one touchdown after filling in for Siemian.