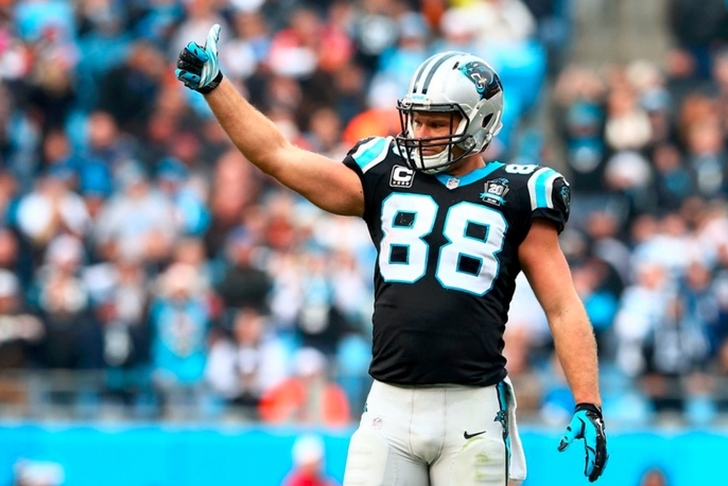 The NFL offseason rumor mill is in a quiet stage, with the start of the preseason less than a month away. However, there is still some buzz, especially with several notable players trying to secure long-term extensions. Here are all the latest NFL rumors you need to know.

During Friday’s extended discussion with NFL agent Drew Rosenhaus, one thing became clear: He does not like to hold clients out of training camp. As it relates to one of his current clients, however, something else became clear: There’s a chance Panthers tight end Greg Olsen will be the exception.

Echoing Olsen’s recent comments about the player’s desire for a new deal, Rosenhaus said a decision hasn’t been made regarding whether Olsen will show up for training camp. Due to make $6.5 million in each of the next two years, Olsen wants something that better reflects his productivity.

Dolphins haven't offered extension to Jarvis Landry
Jarvis Landry has been the Miami Dolphins' best receiver since they drafted him in the second round in 2014, but they apparently don't have much urgency to lock him up long term. According to Barry Jackson of the Miami Herald, the Dolphins have yet to offer Landry an extension.

With two weeks before training camp, there’s nothing percolating on the Jarvis Landry contract front at the moment. Miami still hasn’t made an offer to extend his deal beyond this season, although it’s certainly possible that could change in the coming weeks.

Landry has said he won’t negotiate once the regular season starts.

If the Dolphins and Landry don’t strike a deal, Landry is eligible to become an unrestricted free agent next offseason, though the Dolphins can keep him from going anywhere by placing the franchise tag on him next February or March. That would pay Landry upwards toward $15 million.

Landry had 94 catches for 1,136 yards and four touchdowns last season.

Kirk Cousins will play season under franchise tag
It was reported Tuesday that there were no talks going on between the Washington Redskins and Kirk Cousins, and it appears that won't change before Monday's franchise tag deadline. According to Ian Rapoport of the NFL Network, Cousins is preparing to play this season under the tag.

Barring the unforeseen, there's a strong indication #Redskins QB Kirk Cousins will play his tag out, sources say. Both sides are OK with it.

If Cousins plays the year under the tag, the rumors of him leaving Washington will only grow louder - and he may be inclined to hit the open market. ESPN's Dan Graziano thinks Cousins could get a contract that pays him $30 million a year as a free agent next offseason.