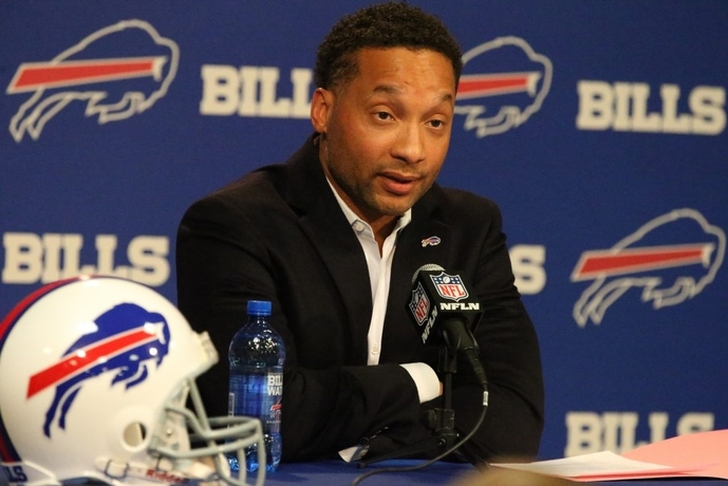 NFL free agency is several weeks old already, and while most of the big names are already off the market, there are a few notable players still available. The big stories of the offseason center around Tony Romo and Adrian Peterson, as well as the upcoming NFL Draft. Here are all the latest news and rumors you need to know.

Goodell critical of Oakland stadium pitch
The Oakland Raiders' hopes of relocating to Las Vegas are becoming more and more of a reality.

Despite NFL Hall of Famer Ronnie Lott and his investors’ $1.3 billion plan that would build a new stadium for the team in Oakland, commissioner Roger Goodell sent a letter to Mayor Libby Schaaf on Friday, saying that the new proposal still has major flaws.

“We have been prepared for nearly two years to work on finding a solution based on access to land at a certain cost, without constraints on the location of the stadium or timing of construction, and clarity on the overall development,” Goodell wrote.

“However, at this date, there remains no certainty regarding how the site will be fully developed, or the specific and contractually-defined nature of the participation by Fortress or other parties. In addition, the long-term nature of the commitment to the A’s remains a significant complication and the resolution of that issue remains unknown.”

Goodell acknowledged and thanked Oakland city officials, but said the proposal was not “clear and specific, actionable in a reasonable time frame, and free of major contingencies.”

Oakland submitted their bid for relocation to the NFL in January, and the final step will be receiving the approval of the league's owners (24 of 32 needed to approve the move). That vote will take place during the annual league meeting on March 26-29.

Bills may part ways with GM Whaley
Buffalo Bills general manager Doug Whaley was largely expected to be fired when Buffalo let head coach Rex Ryan go, but the team decided to keep him on board. However, it's only a matter of time until the Bills part ways with him, according to Jerry Sullivan of the Buffalo News.

According to a recent report by CBS' Jason La Canfora, the Whaley-McDermott "marriage" is destined for a breakup. That's hardly a surprise. The wonder is that Whaley is still there. He admitted after Ryan's firing that he was likely to lose some power over personnel decisions to the new coach.

On the day he was hired, McDermott repeatedly said the Pegulas had made him feel "comfortable" about his role in personnel matters.  He used the word comfortable so many times, you had to assume he'd been given assurances about his ability to put his personal stamp on the personnel operation.

McDermott said Whaley would still have control over the 53-man roster that day. But recent events, which saw several of Whaley's favorites go out the door and Tyrod Taylor retained as the starting quarterback, made it clear that McDermott's vision is the one driving the operation these days.

Sullivan writes that the front office wants to keep Whaley on at least through the NFL Draft, but he could be gone soon after that.

Maualuga was under contract for $3.7 million for the upcoming season, but none of that money was guaranteed. He had 27 tackles and one interception in 14 games last season.