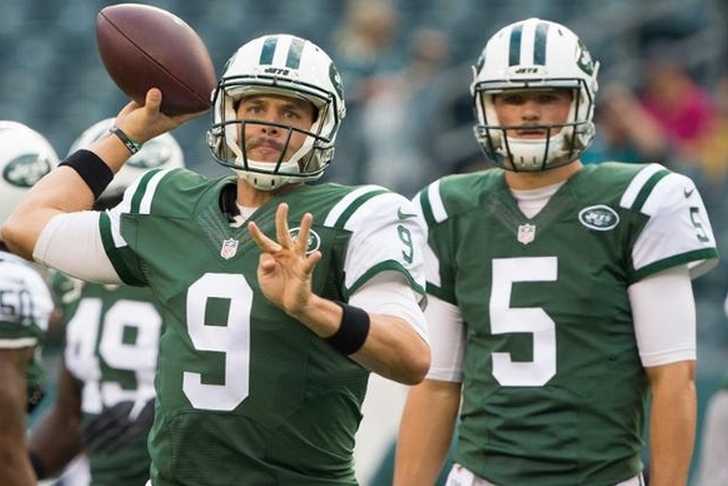 League sources said at least two teams are squarely in play for Blount now that the draft has ended: The Detroit Lions and New York Giants, two franchises that are still mulling the addition of a bell-cow running back to eat up some early-down and short-yardage carries next season. The Lions failed to draft a running back despite a deep class at the position, while the Giants still have the need for a big back to shoulder some of the load from younger, less experienced players...

With the draft wrapped, Blount’s market is as thin as it is going to get. That should soften his position on price and put both the Lions and Giants in a position to hammer out a team-friendly deal. The expectation is that Blount will find a team in the next few weeks, and most-certainly not later than the resumption of organized team activities following rookie minicamps.

New England was originally interested in re-signing Blount, but let him walk after refusing to meet his asking price. He set career highs with 299 carries for 1,161 yards and a league-leading 18 touchdowns last season.

Jets to have three-man QB competition
The New York Jets were expected to address their thin quarterback position in the draft, but didn't pick one. Instead, they plan to have a three-man quarterback competition, reports Michael David Smith of ProFootballTalk:

The Jets didn’t draft a quarterback, passing up perhaps their biggest need and signaling that they’ll go into the 2017 season with the guys they have.

Those guys — Josh McCown, Bryce Petty and Christian Hackenberg — will all get an opportunity to compete for the starting job. Jets coach Todd Bowles said after the draft that the quarterbacks’ performance in minicamps and Organized Team Activities will determine what the depth chart looks like at the start of training camp, and all three quarterbacks will get plenty of reps with the first-string offense.

“That will determine itself in OTAs and the spring, going forward, how we line up in the summer,” Bowles said, via ESPN.

McCown and Petty have combined to go 2-13 as starters over the last two seasons. McCown is currently expected to be the team's starter, with Petty serving as the backup and Hackenberg as the third-stringer.

Orlando Scandrick "miffed" over trade rumors
The Dallas Cowboys were reportedly shopping cornerback Orlando Scandrick during the NFL Draft, and Scandrick was none to happy about it, according to Clarence Hill Jr. of the Fort Worth Star-Telegram.

CB Orlando Scandrick was back working with Cowboys for Phase 2 of the off season program. Miffed about trade rumor but being professional

Scandrick had 46 tackles with three forced fumbles and one interception last season.