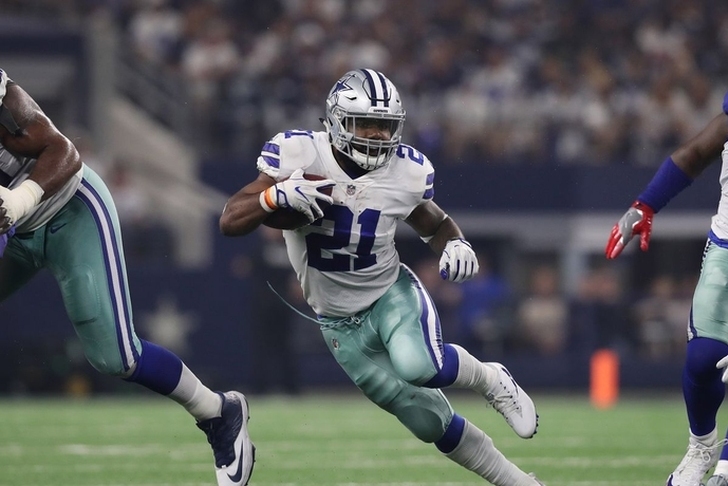 Week 14 of the NFL season kicked off last night with the Denver Broncos picking up a key 25-13 win over the Indianapolis Colts in a game that really only mattered in terms of draft position. Of course, there are only three weeks left in the regular season, and many teams are already looking ahead to the offseason and moves that could be made. Here are all the latest news and rumors you need to know:

"Man Zeke's good. I just saw Zeke. I just saw him today. He's very good. He's working out," Dickerson told TMZ. "I'm glad to see he's kind of disappeared for a while. He'll be ready. Me and him have a personal bet.

Elliott rushed for 783 yards and seven touchdowns on 191 carries while also catching 19 passes for 210 yards and two more scores before serving the suspension.

Jets bench Muhammad Wilkerson, who doesn't travel with team for Sunday's game
The New York Jets benched defensive lineman Muhammad Wilkerson for a quarter earlier this season because he was late for a meeting, and now he's missing an entire game.

Jets head coach Todd Bowles told reporters that Wilkerson will not travel with the team for their game this weekend against the New Orleans Saints due to what he called a “coach’s decision.”

Wilkerson, who the team is rumored to be parting with this offseason, has racked up 46 tackles with 3.5 sacks and an interception this season.

Adrian Peterson plans to return in 2018
The Arizona Cardinals placed running back Adrian Peterson on IR today due to his neck injury, ending his season, but he told ESPN's Josina Anderson that he does plan to return next season.

“The good news is my neck injury doesn’t require surgery, but I’m told by Dr. Robert Watkins that the best thing for me is just more rest than the length of the season. Obviously, I’m disappointed about going on IR when my body is still able to produce but I look forward to returning completely healthy for another season in 2018. I’m grateful for the opportunity that the Arizona Cardinals have given me to show that I can still contribute on an NFL team.”

Peterson rushed for 529 yards and two touchdowns on 156 carries this season, including 448 yards and both touchdowns in six games with the Cardinals after being traded by the Saints.